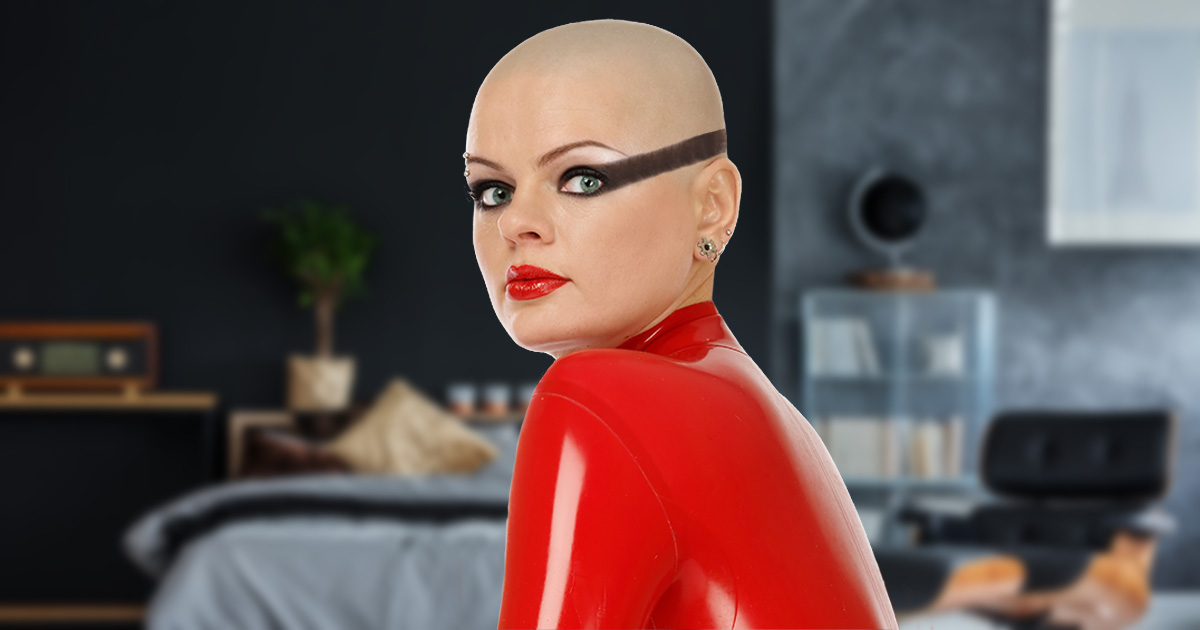 “I’ve been in this house for days, and figured it’d be a good time to do something productive — like learn a new language, or try baking — but when I was looking around online, I somehow ended up watching makeup tutorials on YouTube for like, six hours,” Hinson explained. “It looks so easy, but Jesus Christ, you almost need to be a fucking architect to get these wings right. How the fuck do people get them so pointy?”

Hinson admitted her curious foray into makeup artistry led her to shave her entire head in a matter of hours.

“Well, I kept doing the one side thicker than the other side, so I had to keep adding to the thin one to even it out… but when you do that, you have to go a little longer, or it just looks like someone tagged your face with one of those giant Sharpies,” she explained. “I almost had it but hit hairline, so I did a little buzz-buzz to make room. By the time I got it down, I figured, why stop here? It took me two pencils worth of eyeliner to figure this out, and I’ve only got so much room on my face to show these bad boys off. There’s some primo real estate under this hair.”

“The members of our species wearing exaggerated, perfectly-drawn eyeliner wings are often viewed as more likely to compliment a stranger’s outfit in a venue bathroom, and can pull off even the most obnoxious of filters without looking like they’re trying too hard — which is why most aim for overdrawn wings,” Dr. Wasson said. “Honestly, though, this girl’s look is wack. Sure, they’re the biggest wings on record, but she did that shit with a felt-tip — that’s child’s play. Pull that off with a kohl pencil and then we can talk.”

At press time, Hinson had elongated the wings even farther until they effectively wrapped from the top of her head to just below her knees.