Woman Not Sure What to Get for First Tattoo Removal 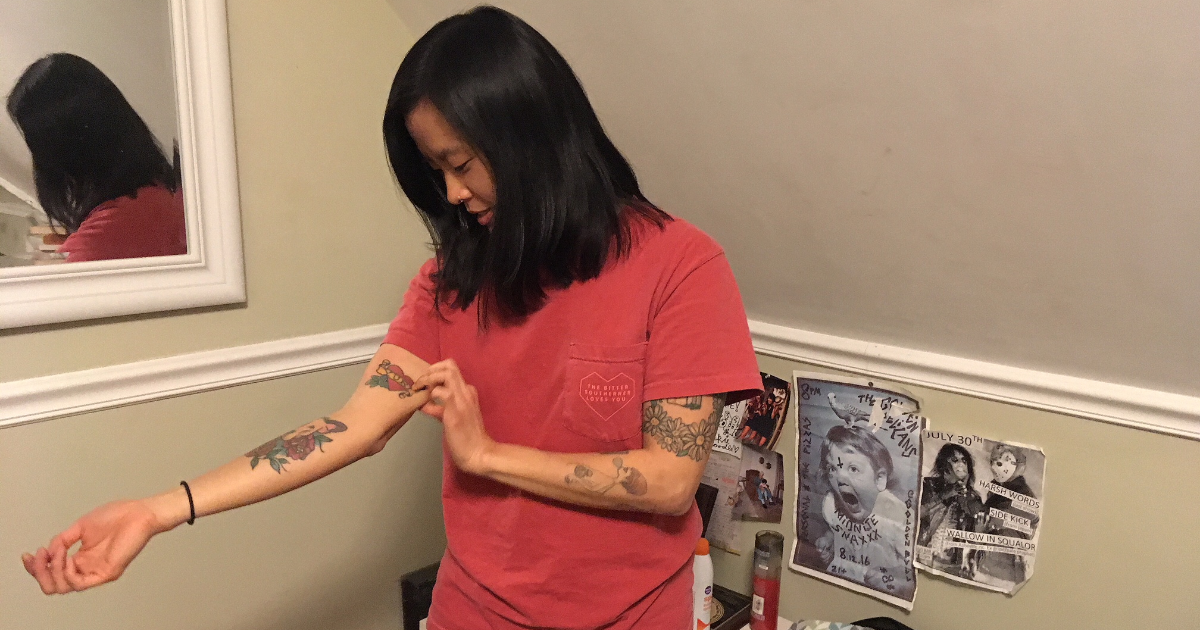 BERKELEY, Calif. — Local woman Alicia Tsoi is still not sure what to get for her first tattoo removal, despite several years of considering her options, a source close to the undecided woman confirmed.

“My parents are really surprised — I’m not normally the type of person to get a tattoo removed,” said Tsoi. “They even offered to pay for it, as long as I promised this wasn’t just a phase.”

Faced with innumerable options, Tsoi has reportedly narrowed her big decision down to five tattoos she definitely does not want on her body anymore. Sources say the current front-runner is a Sanskrit character on her ankle she thought represented “strength within,” but actually translates closer to “window box.”

“We see a lot of dead languages that translate to nonsense here,” said Danita Vaughn, a tattoo removal specialist. “During the consultation, we typically suggest people get something small and simple: infinity symbols, Sylvia Plath quotes, and the Blink-182 logo are all highly recommended for first-time removers.”

Because tattoo removal often symbolizes an important change in a person’s life — such as getting a new job, or not wanting to explain a graphic Butthole Surfers tribute to one’s children — many consider the modification of their body modification to have significant meaning.

“I remember my first tattoo removal,” said Chris Reilly, a longtime client of Vaughn and former screamo frontman-turned-orthodontist. “After getting married to my now-wife, I knew I wanted to commemorate our bond by getting a tattoo of my ex-girlfriend’s name removed from my chest.”

Research shows tattoo removal is a growing trend in the United States. Studies indicate people can become addicted to the process of tattoo removal — some even going so far as to have their face, hands and neck done, until they are barely covered in anything at all.

“People have said 29 is too young to get a tattoo removed, but the two pink bows on the backs of my thighs say otherwise,” said Tsoi. “The process is daunting, but its all worth it, knowing I can look down and not see something on my body for the rest of my life.”