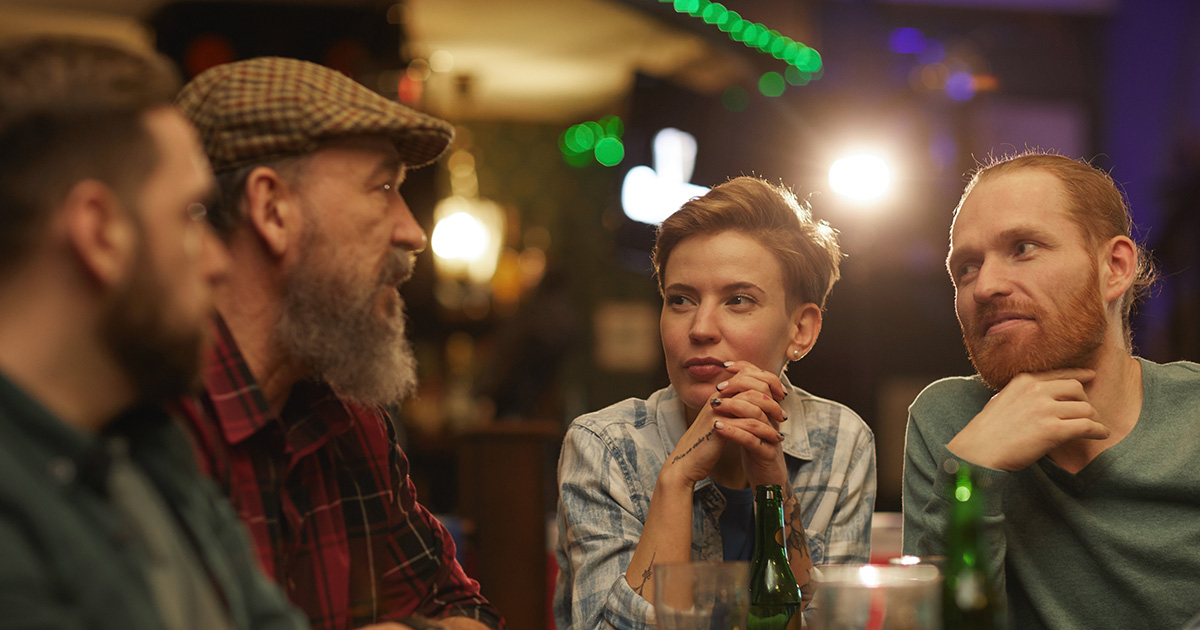 REINLANDER, Wisc. — A group of white men were mistaken for the headlining band of a local show early yesterday evening after immediately zeroing in on the few women in attendance and talking over them, according to sources.

“Me and Lex [Lopez] — she’s the one who owns the house — and some of the other ladies were trying to let people know that the headliner was running late, when these guys showed up and started talking about their parking spot,” said Lindsay Klein, one of the women in question. “I mean, four entitled white guys in black jeans who wouldn’t shut the fuck up? Everybody just assumed they must be one of the bands.”

Eyewitnesses who were also fooled at first eventually caught on.

“I mean, pretty much as soon as they walked in, two of them walked up to a group of people standing in a circle talking and edged those women out of the way, including the owner, which is like, Band Guy 101 type shit,” said showgoer and venue regular, Danny Gladden. “But there was one crucial error on their part that tipped me off: the women they did gravitate toward looked like they could have been 25, maybe even 27 years old. No band guy would aim for anyone who looks over 20.”

After the actual headliner’s arrival, band members were not particularly pleased by the situation unfolding.

“Look, I’m all for feminism. I’ve read Goldman, but I think we can all agree the biggest tragedy here tonight was that these girls clearly don’t know how to do their job, which is to make sure people are looking at me,” said Johnny Bourgeois and The Guillotines frontman Tony “Truck” Tucker. “How is it that not a single person even noticed that we walked in? I mean, game recognize game, these guys clearly had charisma. But just ‘cause we got there two hours late and our guitarist was blackout drunk doesn’t give them the right to steal our thunder.”

At press time, Johnny Bourgeois And The Guillotines were feeling conflicting emotions after many called it one of their best sets ever.