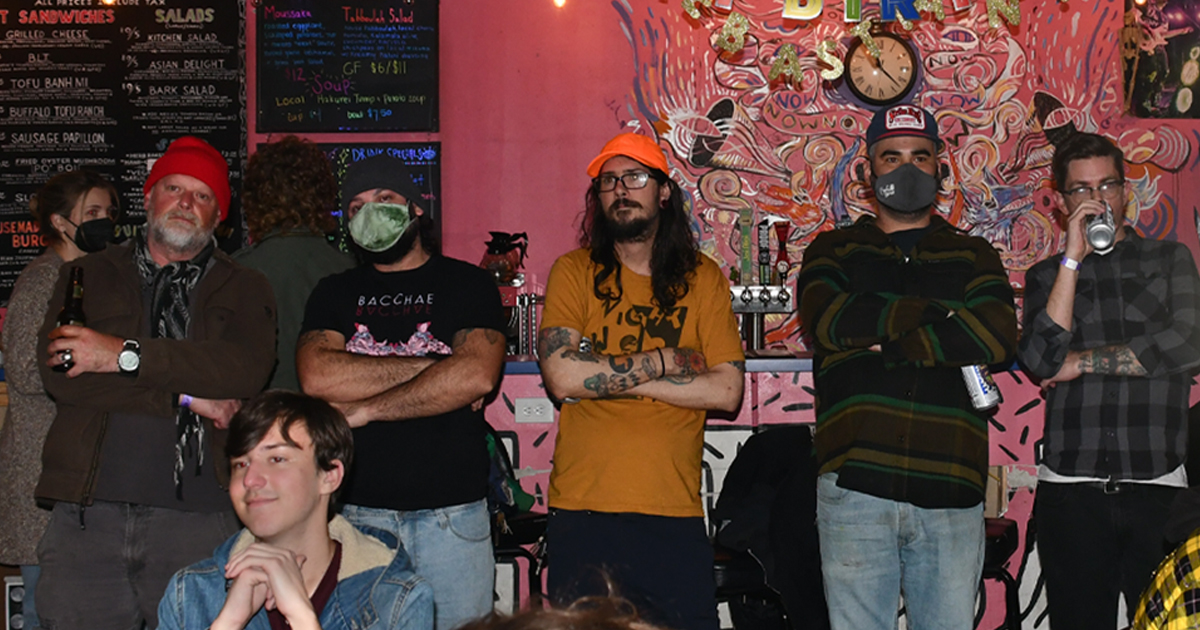 LAS VEGAS — When We Were Young festival released a new batch of tickets for an “Arms Crossed In The Back” section that saw the allotment sell out in record time, according to sources.

“We want to give the concertgoers the full experience of being in a venue, and after looking at this lineup for about three seconds, we saw a need for this new ticket,” explained LiveNation spokesperson S. Mendoza. “We’re erecting very long walls opposite every stage to ensure optimal space created for elbows to point outward comfortably. Head bobbing is not required, but for those who might let extra loose, we’ve reserved a row in from the sidewall that’s still seven rows away from the pit in order to meet health and safety requirements.”

Many fans who have not attended a show in years due to starting families, full-time jobs, and growing up overall are ecstatic to revisit their scene.

“Oh man, the last time I was at a show I could still make out Davey Havok’s eyeliner. Now I won’t be able to make out if they’ve aged as much as me and the music might be a few seconds delayed, but it’s all part of your dedication to the scene and just letting it all wash over you from a distance,” said Joey Hayford, a 38-year-old longtime fan of AFI. “You just don’t need to be up front going bananas, possibly getting hurt. We’re enjoying it on a deeper level, and by that I mean barely able to hear and see anything, and as far away from the rest of the show as humanly possible.”

Due to the overwhelming demand for the “Arms Crossed In The Back” section many longtime rear-venue dwellers are struggling to find a way in.

“I had multiple devices going and the best I could find were pit tickets. Now my only option is to pay massive reseller prices,” said Wesley Smithlane. “Everyone knows that you need to stand in the back if you know the band, or have seen the band before, or want to let people know this isn’t your first rodeo, or maybe your knees just aren’t what they used to be. If you want to show a band your approval at a show the best thing you can do is stand still with your arms crossed and show absolutely no emotion whatsoever.”

As of press time, promoters were planning to sell wristbands that would allow you to smoke clove cigarettes while standing in a giant circle in the parking lot.