Weezer’s Entire Set Ironic Versions of Their Own Songs 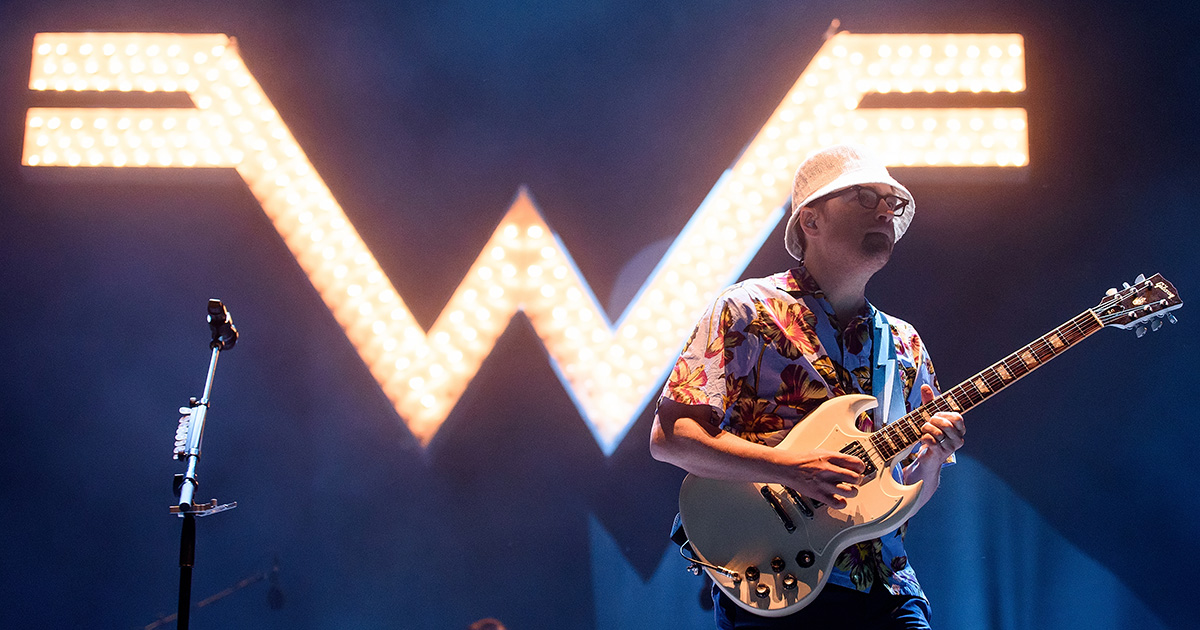 FORT LAUDERDALE, Fla. — Legendary rock band Weezer surprised audiences at this past weekend’s Ugly Sweater Festival when their set consisted entirely of ironic versions of their own songs, confirmed multiple sources who had no idea what to make of it.

“Look, this is what the band thought would be best,” said frontman/guitarist River Cuomo during a brief break. “And by that I mean I decided that we’re only going to do our own songs if we can make fun of them and walk a very thin line between glibness and genuine appreciation of our own past success. Since we did that Toto song, we realized all our fans just want us to be like a disingenuous throwback to the days when being sincere was the worst thing you could be. And you know what? We’ll take it. By which I mean, I’ll take it.”

“Okay, back to being a ‘rock star,’ I guess or whatever,” Cuomo said.

Chet Maroney, a self-proclaimed die-hard fan at the show, was confused by the performance.

“I’ve been to about 75 Weezer concerts and I’ve been really excited to get back to seeing them live again,” said Maroney. “Especially now that they’re having this career revival doing covers of Metallica and calling an album ‘Van Weezer’ for some reason. But they kept introducing their own songs with air quotes, and when Rivers Cuomo did a guitar solo, he did this exaggeratedly goofy face, even though it was just the exact solo from ‘Pork and Beans.’ I figured it would be just a straight run-through of greatest hits and maybe some shit-talking about Fall Out Boy. But every single song so far has had this weird attitude, like they’re too good to play a Weezer song. Or maybe that they like them a lot? I dunno.”

“The deep-seated self-loathing of your average Weezer fan is nothing compared to that of every member of the band,” said Dr. Carter. “Can you imagine having to go up on stage and sincerely sing songs about Buddy Holly that you wrote almost 30 years ago? They have to be constantly reevaluating everything they ever wrote. Most of the songs of ‘Pinkerton’ are highly suspect. Man, it’s hard to know what to think about them.”

Weezer ended the set by bringing founding guitarist Jason Cropper on stage to ridicule him for his substantially smaller bank account balance.