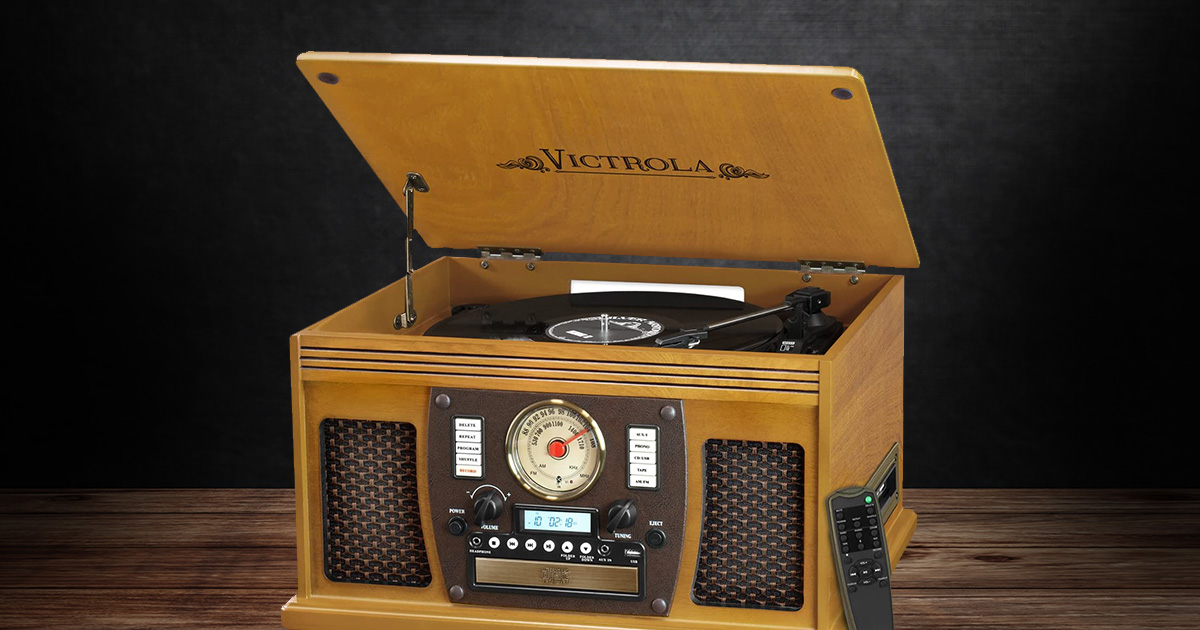 “Times are changing and we have to change with them,” explained Victrola CEO Scott Hagen. “People romanticize the idea of vinyl records because of the supposed audio superiority, but these same people have absolutely no interest in getting up to flip them. That’s why we at Victrola have used our state-of-the-art Bluetooth technology to develop a new speaker system that allows you to stream your favorite Spotify playlist without sacrificing the blown out vintage sound our customers have convinced themselves that they know and love.”

The successful launch of the new line of record players has led the company to record sales and left customers extremely satisfied.

“As a child of the late eighties, records have always held a special place in my heart,” said thirty-five-year-old Urban Outfitters Assistant Manager, Bryce Tennor. “However, they are expensive, fragile, and heavy as shit. I bought this crate of records from a thrift store and every single one was too warped to play. Plus now my apartment smells like an old wet library book. But thanks to my new record player, I can hang my favorite record covers on the wall like art pieces and stream them off my phone. No one can even tell the difference.”

Some collectors believe that companies like Victrola are doing more to kill record collecting than save it.

“Record collecting is a dying hobby and these money hungry fat cats don’t give two shits about saving it,” said notable owner of Hungry Ear Records, Phil Kentick. “Everybody thinks having records is cool until it comes time to replace the needle. I remember having a blast as a kid learning how to solder wires and ground cables. Now, a piece of me dies every time some grubby handed brat recklessly pulls a record out the sleeve and puts their paw prints all over it before struggling to slide it back in, just to walk away forever. My heart breaks for those tainted records and every night after closing I take ’em out back and shoot ‘em like Old Yeller.”

At press time, Victrola announced an upcoming collaboration with Apple, introducing a new iPhone with a cassette deck built in the back.