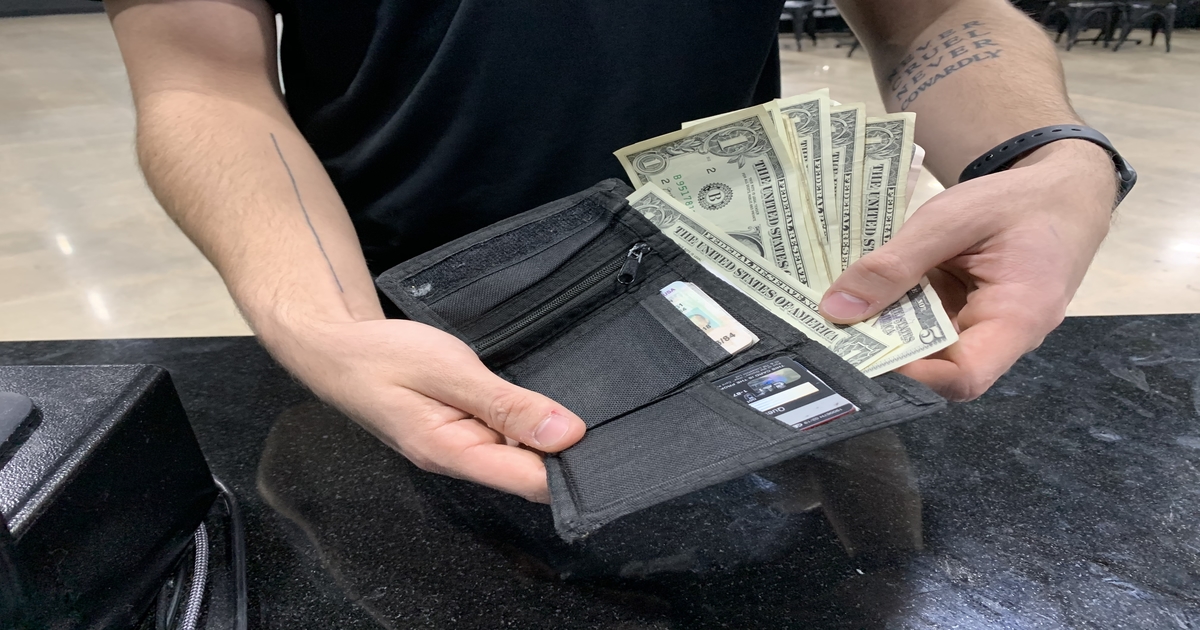 NASHVILLE, Tenn. — The physical limitations of a Velcro wallet were put to the test early yesterday evening when local man Jason Wagner received change from a $20 bill after he bought cigarettes from a gas station, according to sources.

“It was truly hard to watch. I gave him his cigarettes and his change, and watched through my fingers as he tried to stuff the $11 and coins into his childlike money pouch,” said cashier Monty Williams. “It was like watching someone attempt to stuff a bean bag into a glove compartment.”

Security footage of the exchange showed Wagner grew frantic when the cashier pulled out 11 $1 bills, along with several nickels and dimes.

“I can’t even begin to put into words how overwhelmed I was — I was stretched and contorted beyond what’s reasonable for a wallet of my making,” said the velcro wallet. “I’m just a trinket from Dave & Buster’s this guy won from having a hot hand at skeeball and has since unironically held onto. I’m not sure why he expects so much out of me.”

“This isn’t the first time he did this, either. One time on Halloween, he actually tried to stuff a single condom inside of me. Luckily, he went as one of the Blues Brothers that year, but somehow ended up looking like Steve Buscemi in ‘Reservoir Dogs’ and realized he’d more than likely not be needing it at all,” the wallet added.

Onlookers claimed they knew things would get dicey when Wagner was asked to show his ID for the purchase, which was laminated and dangling from his neck.

“I think he’s the only person who still uses cash, but thankfully, the one thing he splurges on is cigarettes, and he smokes American Spirits, so we never have too much change to deal with,” said eyewitness and Exxon regular Darlene May. “God save us the day he switches to Doral shorts or something.”

Sources say the velcro wallet is still not folded properly, nor will be until Wagner needs to buy his next pack of cigarettes.