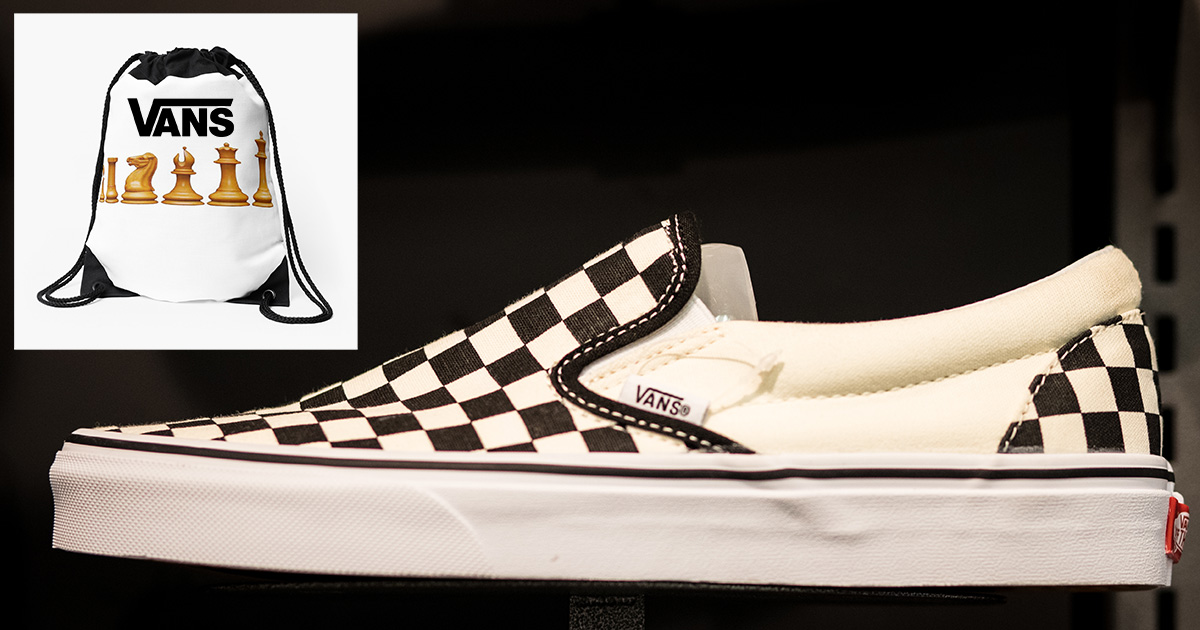 “At Vans, we have a soft spot for punk kids who are secretly chess-loving, sudoku-playing, straight-A-receiving brainiacs,” said Vans public relations representative Chazzmen Foster. “Those geeks are going to be the first of their friends to sell-out and get real jobs, and we saw an opportunity to capitalize on their future income. This tiny chess set is part of our rebranding initiative to make loser nerds feel more welcome in the skate punk community.”

“Shoe chess is a great way to pass the time at shows,” said local punk Ian Wolsten. “Most bands always take so fucking long to set up. I made six different moves before they even finished adjusting the hi-hats, and in the amount of time it took for them to tune their guitars, I hit ‘checkmate’ twice.”

“I haven’t been able to move my foot for three hours,” said Orange County mall goth Lucia Alejo outside of Hot Topic. “Two of my friends have been playing an endless game of chess on my shoe, and I can’t even go to the bathroom until they’re finished. I pounded a four pack of Monster while sitting here and am probably going to piss myself.”

“Why didn’t they just sell a set of checkers with the shoe?” she added. “I would’ve been outta here in like, six minutes.”