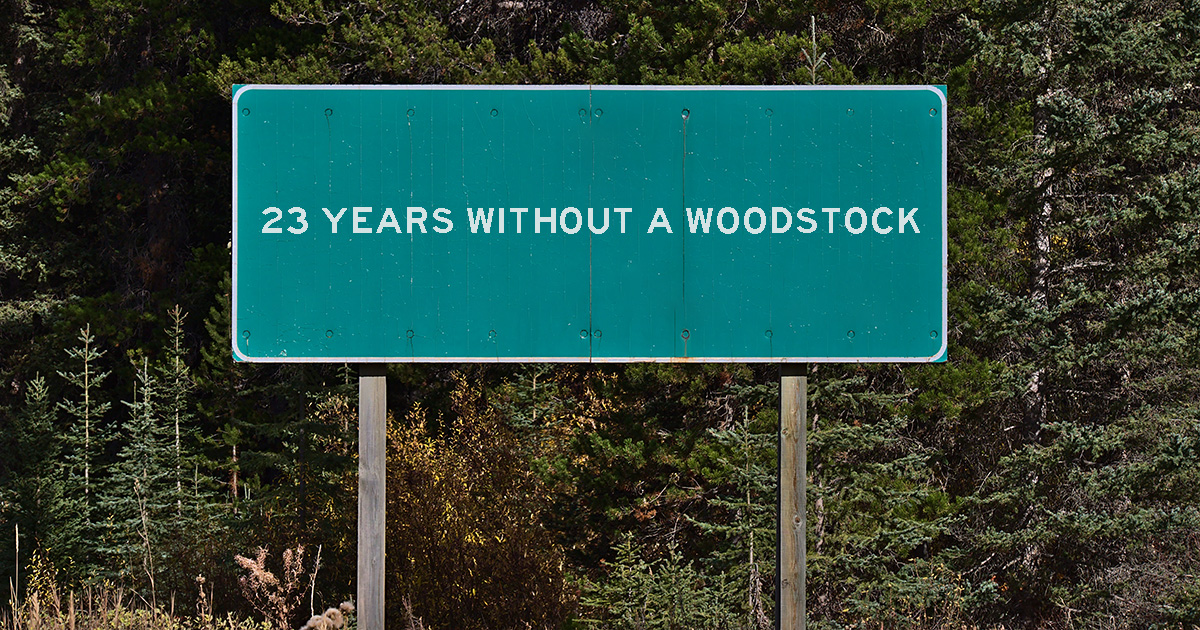 “There are few communities in our region that haven’t been touched by a Woodstock,” said New York State Senator and former Mayor of Saugerties, Jacob Thomas. “The next generation doesn’t remember. They don’t understand the threat, but as I speak, stories of a reunited Limp Bizkit have been reported and we could see throngs of dangerous individuals roaming our streets in red baseball caps.. We must remain vigilant, and these signs are a reminder to all that we are committed.”

Woodstock ‘99 attendee Russell Friedman shared how his first-hand experiences shaped his opinion on the new sign.

“You just can’t do it again…it was a time, a place, it was magic. We were all so young. Maybe some would call us naive thinking we could make a difference,” said Friedman. “But there we were, proving them all wrong, surviving for three days on nothing but ecstasy and Slim Jims. Back then we called it free love, now grabbing some random chick’s boob is called assault. I don’t think Kid Rock would approve of that sort of misandry.”

Not everyone is pleased with the idea; many angry locals believe the signs are not enough and support statewide restrictions on 7-string guitars and any sheet of plywood larger than three square feet.

“I don’t care what it takes, put up a wall if you have to. Never again. It changed me,” said John Therman, who served as a member of the Woodstock Peace Patrol. “Last time I heard a Korn song on the radio, my friends said I dropped to the floor and started singing incoherently, like I was possessed. One time, I walked into a Stewart’s and just lost it. I started shouting about how much they charged for water, set a display of Funyuns on fire, then stole $1500 from the register. I carry this trauma for life.”

Senator Thomas announced that at least 30 more locations for additional signs have been approved and all funds will be raised by a benefit concert taking place in Utica in a few weeks.