Tucker Carlson Reminds Viewers That Capitol Building Was No Angel 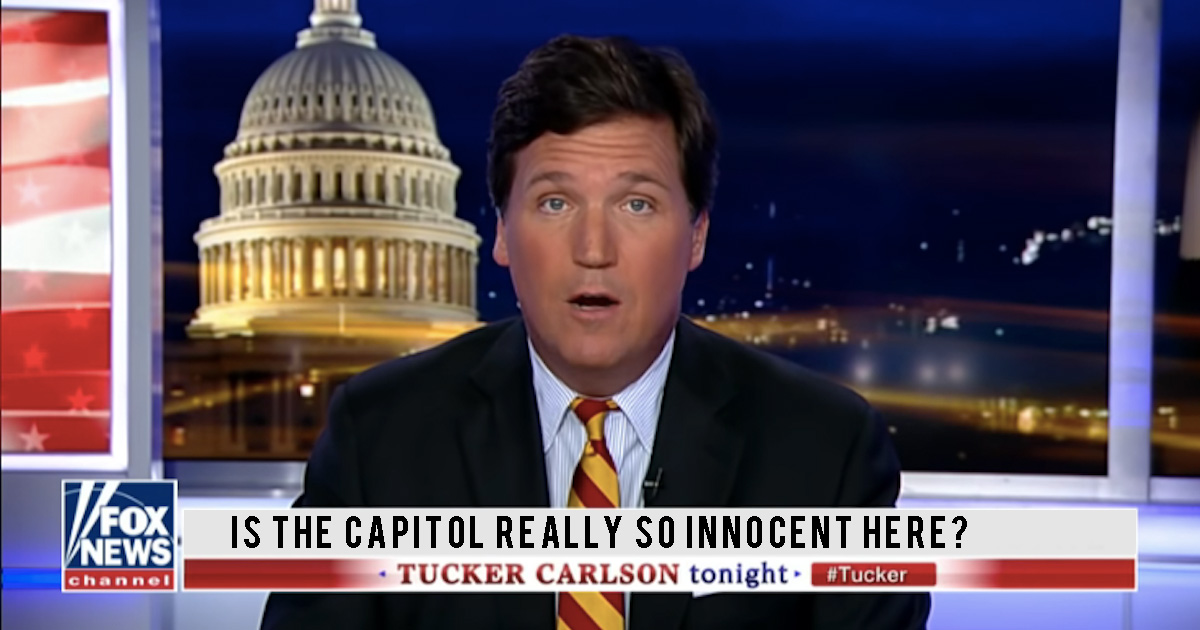 NEW YORK — Fox News commentator Tucker Carlson dedicated a segment of his show last night to telling his viewers that the Capitol building may not be the innocent victim many believe it to be.

“The liberal Marxists would have you believe that attacking the Capitol is a bad thing,” said Carlson. “But what these leftists won’t tell you is that this same Capitol building is responsible for millions upon millions of crimes. In fact, this so-called ‘coup victim’ actually signed off on coups in Cuba, the Philippines, Iran, Vietnam, Chile, and Panama. But now that it happened to a government that the communists actually like, they’ve got a problem with it. It’s liberal hypocrisy of the highest order, and frankly… I’m not going to let that building play the victim card here, and neither should you.”

Illinois resident Marc Pearson, a longtime viewer of “Tucker Carlson Tonight,” said that the broadcast helped him parrot back the network’s talking points to anyone who has been “brainwashed by the mainstream media.”

“I mean, you watch CNN or MSNBC, and all you see is Hollywood liberals making American patriots look like the bad guys. The window breaking, the fecal smearing… who’s to say the Capitol didn’t look like that beforehand? I’d need to see photos to prove the Capitol isn’t faking it for attention,” said Pearson. “But Tucker really dug in there. Like, for instance, did you know that like, 20 years before that video starts, it actually authorized a war in Iraq that’s still getting people killed to this day?”

Carlson rounded out the show by bringing on law enforcement expert Randall Kowalski to analyze video from the event.

“There’s an image that’s been making the rounds of a Trump supporter slamming a stolen police riot shield through a window. But what you don’t see is that the Capitol building actually lurched forward in a threatening manner, and this man was lawfully defending himself,” said Kowalski. “Maybe it was bad for them to piss on the floor of Nancy Pelosi’s office and steal all of Alexandria Ocasio-Cortez’s shoes, but that building made these people fear for their lives. When you’re distressed like that, you do crazy things.”

Not to be outdone, fellow Fox News host Sean Hannity used his time slot to insist that Capitol police officers were honored to be beaten to death with American flags