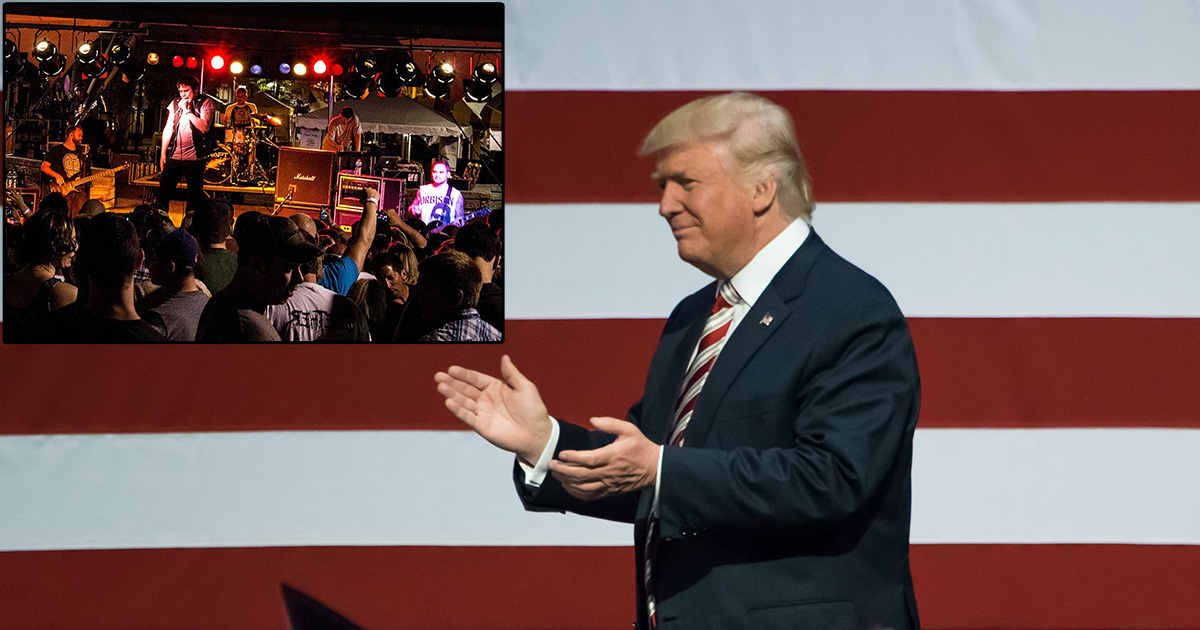 “I would like to thank the fake-ass media for gathering here today — I want to start by saying I could easily beat the fuck out of all of you,” said Brown at a press conference earlier this morning. “For too long, the reelection campaign of President Trump, the baddest motherfucker to ever run for office, has ignored my 2002 banger ‘Headstrong.’ As one of the few true rockers repping the Donald, I am entitled to a position on his playlist, and that is why I wrote this letter. Any libs or cucks have a problem with that, they know where to find me — on top of the motherfuckin’ Pandora streaming charts.”

Facing some gaps in event pre-show programming following a series of complaints from artists, the Trump administration reluctantly agreed to start playing the song at all of its rallies.

“It’s not so much that it was well written or persuasive, or that a ‘start and persist’ letter is even a real thing,” said Trump’s campaign manager, Brad Parscale. “It’s just that after the most recent grievance from the estate of Tom Petty, our pre-show playlist has been whittled down to a handful of Ted Nugent songs and several clips of James Woods’ dialogue from the movie ‘Casino.’ We really have no choice but to lean on ‘Headstrong’ very heavily in the coming months.”

Despite the reluctant partnership, Trump announced the new union on Twitter earlier this morning with an enthusiasm that seemed to contradict Parscale’s version.

“Very excited to be working with the good Americans in Trapt,” tweeted Trump in the early hours of the morning. “HUGE rock stars and one of the best and most popular acts working today. No more songs by LOSER Tom Petty or SWEATY Bruce Springsteen!! Headstrong into 2020!! I have a very nice head.”

Brown has since been named the newest Press Secretary of the White House.