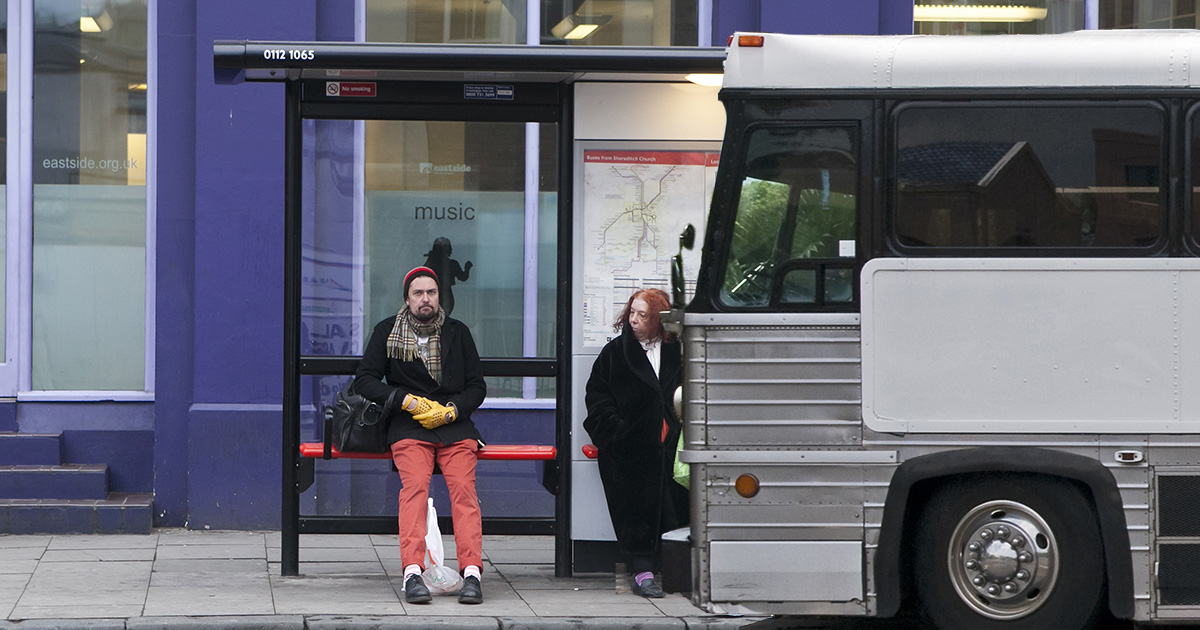 “Look, I’ve been driving city buses for 30 some-odd years, and only been driving this tour bus for a couple weeks. Making the stops on my route is practically second nature to me. It’s gonna be tough to kick a habit that ingrained in me,” said bus driver Gene Drexel. “I see people waiting at the bus stop, so I pull over and let them on, that’s the life I know. I know the kids in the band wanted to tell me to quit it, but they were too respectful of the ‘Do Not Bother Bus Driver While In Motion’ sign.”

Band members were concerned at first, but have since eased up on their opinion of Drexel’s frequent stopping.

“Sure it’s a little crowded now, and I have to give up my seat to anyone pregnant, but it’s honestly livened up tour quite a bit! Now we look forward to Gene’s stops and can’t wait to see who gets on our bus,” said Cobwebs rhythm guitarist Corinne Gails. “Meeting new people is one of the best parts about taking the band on the road, and at the rate Gene’s going, we’re meeting a new person every other block. Even more at rush hour.”

New York businessman Blaine Applegate was glad for the free ride to work, but lamented that it would be weeks before he got there.

“It’s nice to get to know everyone on this journey, and I’m admittedly a fan of music, but the simple fact remains: I’m now 216 hours late for my morning meeting in Midtown Manhattan,” said Applegate, while looking at his watch. “And keep in mind, I’ve been wearing the same suit that entire time. I guess that’s life on the road, but usually one chooses that particular life, rather than having it thrust upon them.”

“I’ll tell you one thing though,” Applegate added. “I’m not lugging any more amps. I don’t ask them to file my spreadsheets, so I don’t see why I have to drag speaker cabs across parking lots just because I was trying to get to work on time.”

At press time, Cobwebs were dismayed to find out that Drexel would cause them to miss their San Francisco, Oakland, and L.A. shows due to the bus suddenly going express from Portland to San Diego.