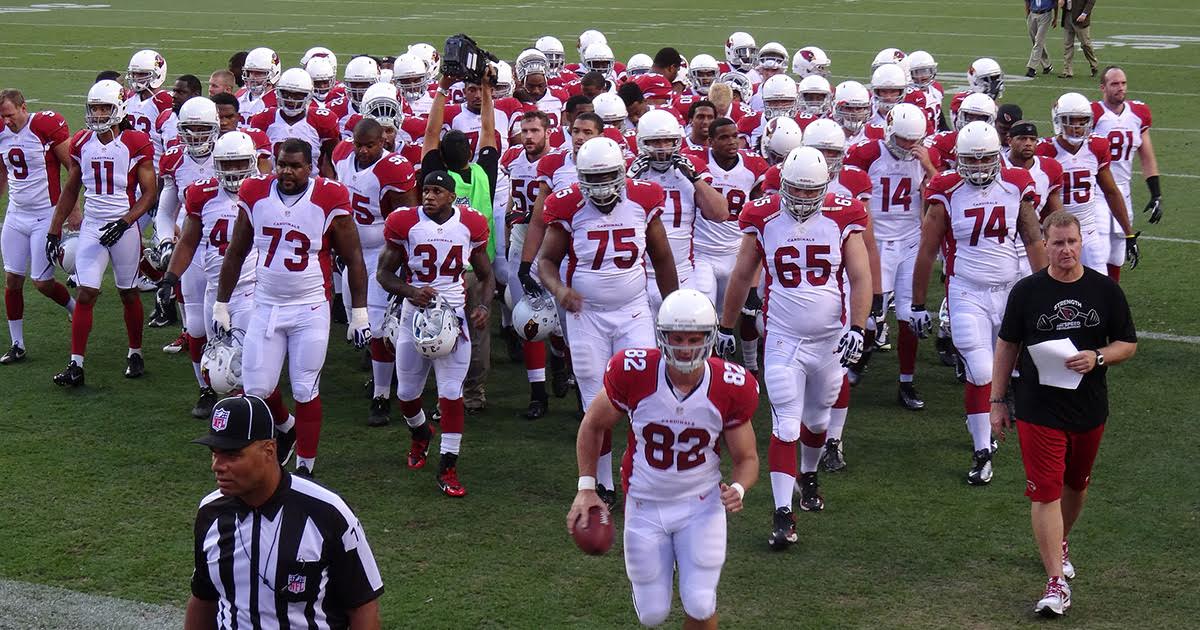 MIAMI — Super Bowl LIV between the Kansas City Chiefs and the San Francisco 49ers was ground to a screeching halt today when the Arizona Cardinals “ambushed the game out of nowhere” in an unprecedented act of poor sportsmanship during a nationally televised game.

“There the Chiefs and Niners were, just minding their own business, peacefully playing their Super Bowl… and then this whole other team sideswipes the entire game with no warning whatsoever!” said Chiefs spokesperson Murray Reese. “Haven’t they any manners at all? It was quite appalling. It has no place in this sport.”

During a Chiefs’ pass play early in the first quarter, the entire Arizona team, coaches and all, stormed the field, grabbed the ball and proceeded to “keep away” from the two other teams who had earned their Super Bowl berths.

“Sour grapes, that’s all it is,” said 49ers quarterback Jimmy Garappolo amid sniffles during a time out. “Just plain ol’ sour grapes. Somebody better teach those guys some manners… and some better defensive play, while they’re at it. Then maybe they can actually play this game for real some day.”

While no clear motive was immediately apparent, those close to the Cardinals say the act was merely a fun prank to “razz” the two proper Super Bowl participants.

Referee Bill Vinovich admitted he was shocked by the Cardinals’ sophomoric behavior.

“I’d expect horseplay like this from maybe a scrappy Big 12 college team, or even one of those CFL ones, because they don’t know any better,” said Vinovich after wrestling one of the game balls from Cardinals wideout Larry Fitzgerald. “But for an entire NFL franchise to ruin a big day like that… I guess I’m just disappointed.”

At press time, the Cardinals could not be reached for comment, aside from their incessant whooping and hollering in ecstatic joy. The Cardinals have a 6-point lead in a 0-0-6 game.