The Polyphonic Spree Spotted on Tinder Seeking a 25th 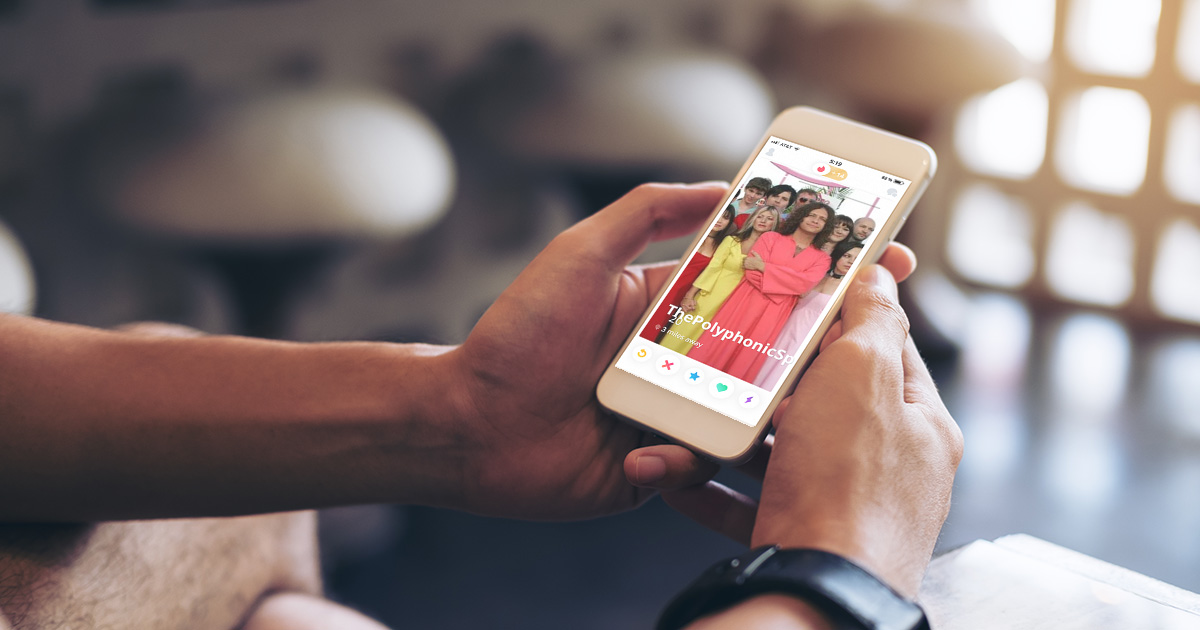 “The group dynamic just hasn’t been the same since our third-chair hydraulophone player quit,” said Polyphonic Spree leader Tim DeLaughter. “What people don’t seem to get is that this isn’t even a sex thing; believe me, we have that covered. There’s just such a palpable difference when there are only 24 people performing in the studio all at once. We only chose Tinder because Craigslist had too many creeps.”

Potential suitors were trepidacious, but intrigued.

“At first I didn’t really get what was going on — I was just overwhelmed by how many people there were,” said potential match Aaron Humphreys. “They had a picture of the whole band standing in a desert. Yeah, I’m looking for adventurous people, but the body-length robes just seemed really impractical… and I felt like that bad decision-making might come up again later in our relationship. What really made me swipe left, though, was that they plugged their ‘Lithium’ cover in their bio. That’s really tacky.”

Higher-ups at the dating app have been alerted to the band’s activities and released a statement earlier this week.

“After receiving multiple notices of a 24-person collective seeking a 25th member for ‘undisclosed activities,’ our tech team is investigating the account,” said Tinder CEO Jim Lanzone. “We don’t know how they did it, but their profile says that their age is 18-65+ and every one of our users has come into contact with them. And everyone who has reported a match said that the group opened conversation with the question, ‘How many people can fit in your car?’ We’ve been trying to reach the band, but so far all of our calls have been met with an a cappella outgoing message.”

As of now, Tinder reported, they are unable to ban The Polyphonic Spree as every time they’ve tried to shut down their account, a new band member has opened another in its place. The tech team is currently on its 13th attempt and is hoping for a better outcome this time.