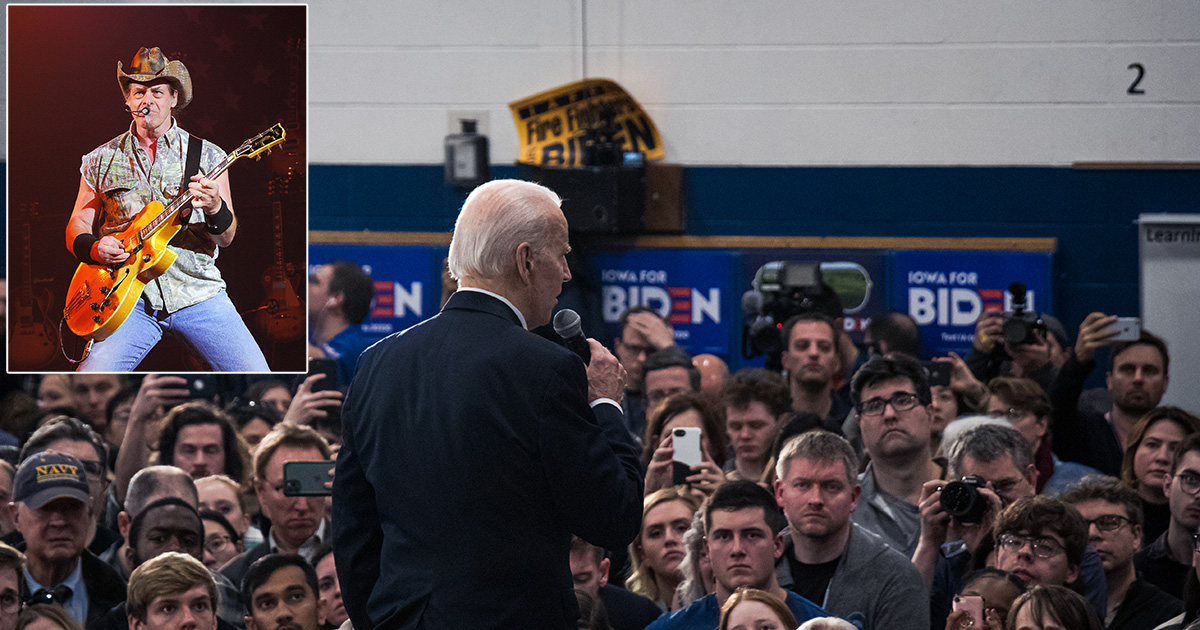 “The Democratic Party is the antithesis of everything my music stands for,” wrote the artist known as the “Motor City Madman” to his “Nuge Letters” mailing list. “Did they take even a moment to reflect on the meaning of the lyrics? I find it decidedly ironic that the political party dedicated to firearm confiscation, wealth redistribution, and political correctness would appropriate a song about personal freedom, fundamental human liberties, and prowling for young cooze.”

The song is the second track off Nugent’s 1977 multi-platinum album “Cat Scratch Fever,” which the Biden camp has adopted as an unofficial anthem of sorts to energize donors at a number of Zoom events in recent weeks.

“Let me be clear: at no time did I give permission to Mr. Biden, or any member of the Democratic Party, to pilfer my catalogue — not ‘Wango Tango,’ not ‘Stormtroopin’,’ not ‘Jailbait,’ none of it,” confirmed the hard rock pioneer and NRA board member. “As an outspoken political activist, I pride myself in being a staunch advocate for civil liberties — which I know has put me at odds with the music industry, societal norms, and age of consent laws. I will not stand for this.”

The Biden campaign was noncommittal when asked if it would honor Nugent’s wishes.

“The Nuge has left an indelible impact on this nation’s cultural canon,” said campaign manager Jen O’Malley Dillon. “Though we don’t see eye-to-eye on every issue, we appreciate his candor and respect his right as an American to make his voice heard.”

When asked if Nugent would endorse a candidate before November, he would only say that he is still undecided.