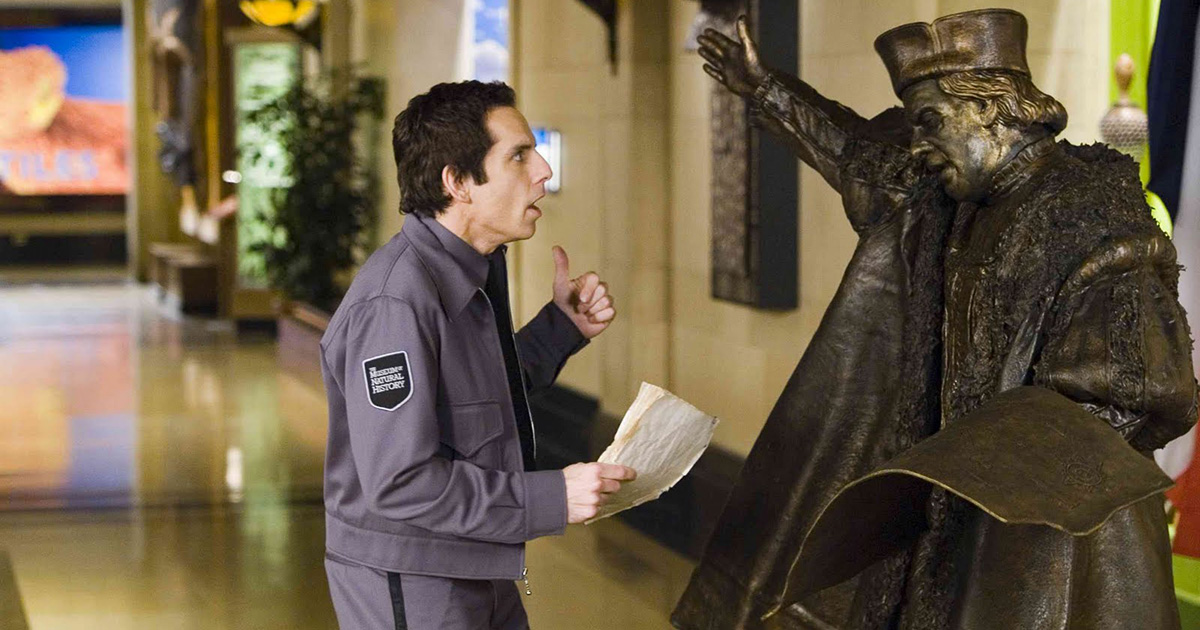 “The security guard lured the Columbus statue — which we were shocked to learn could walk, talk, and crack wise — into an abandoned section of the museum. The guard then straddled him and used a pillow to suffocate the metal likeness of the genocidal Italian explorer,” said detective Eric Chavez. “The presence of protestors outside the museum, combined with reports of the guard crying and whispering, ‘Once again, you travel into the unknown,’ and, ‘You’ll always have the most populous city in Ohio,’ lead us to believe this was a mercy killing.”

While Chavez wouldn’t comment on whether charges would be brought against the guard, legal scholars are mixed. Columbia Law professor Harvey Swalinski noted the lack of precedent regarding magic historical figures.

“On the one hand, it appears no police officer or district attorney in the country is willing to arrest and prosecute protestors who topple problematic statues,” said Swalinski. “On the other hand, this Columbus moved, spoke, and once helped apprehend a trio of elderly antique thieves. It’s a tough case.”

While the protesters outside chanted, clapped, and applauded as the statue’s lifeless body was hauled away, reactions inside the museum were mixed.

“There’s a certain brotherhood among us historical effigies, so despite his abhorrent past, I do believe Chris will be missed. While I don’t condone such a cowardly coup de grace in the face of an unwinnable battle, I understand the motivation,” explained former U.S. President, lifelong eugenicist, and New Orleans lynching supporter Theodore Roosevelt. “We can’t be celebrating men like Christopher Columbus with statues.”

It is unclear if the museum will add another historical figure in its place, but longtime curator Dr. Richard McPhee was emphatic that Columbus was gone for good.

“Christopher Columbus was a monster,” McPhee said. “He didn’t discover anything. He didn’t prove the earth was round. And perhaps most egregious of all, he wasn’t even voiced by a recognizable celebrity.”