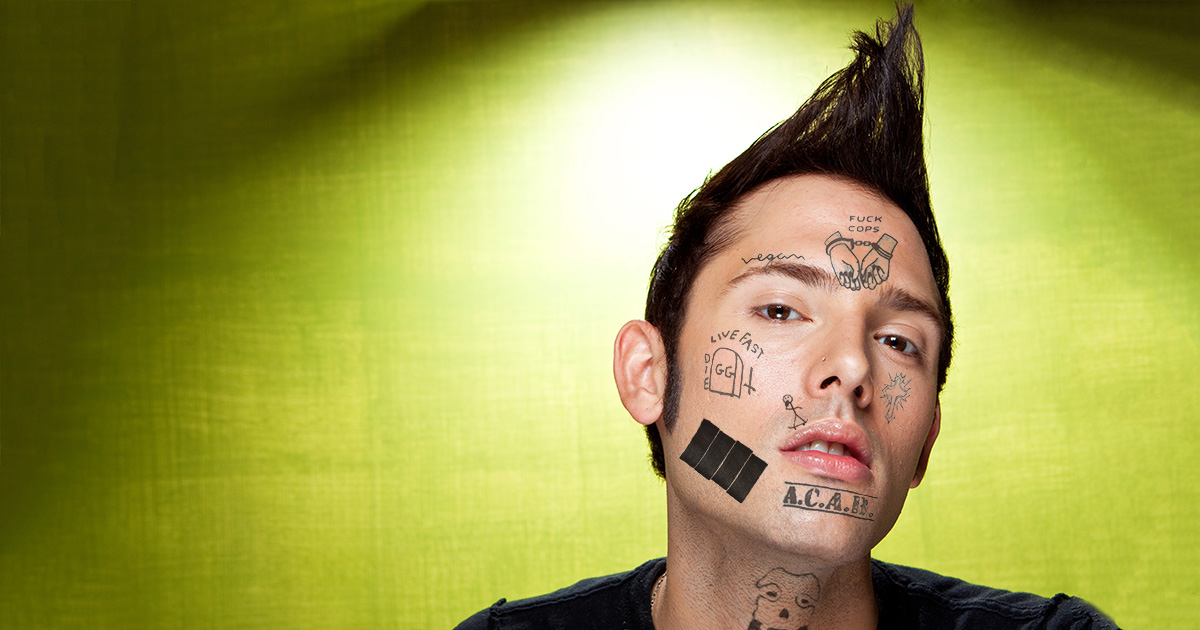 TEMPE, Ariz. — Local punk Arnie Parker vowed to take the crown for the worst tattoos back from modern hip-hop music with a marathon home tattoo session today, which he hopes will tip the overall scales back in his favor.

“These rappers and their tattoos piss me off,” said Parker while being stuck-and-poked simultaneously by several provisional tattoo artists in his studio apartment. “Hastily planned, poorly executed, prominent tattoos was our thing. Get your own shit!”

Parker plans to be worked on for the next several days by multiple roommates along with “anyone who swings over,” and will not stop until all previously exposed flesh features a shoddily applied piece of trite artwork that would mortify an average person to once and for all cement punk rock as the subculture with the definitive worst tattoos.

“This is so fun. I’ve never done this before!” exclaimed roommate Heather Lyons as she operated a homemade tattoo machine on her friend. “I don’t know how to draw very well, so I’ve just been working on a bunch of Black Flag bars on his forearm. They look OK I think! Not as good as the ones Jay did on his back, but definitely better than the ones Swan did on his calf!”

While tattoos on musicians is hardly a new trend, the last several years have brought a new wave of upstart hip-hop artists pioneering some truly innovative tattoo stylings — much to the chagrin of Parker.

“I saw a guy the other day on YouTube — he had a tattoo of Tommy Pickles from Rugrats on his cheek, and his eyes blackened like a raccoon,” Parker said. “He had 12 million hits and Meryl Streep was in his video. What in the fuck? I knew then that something would have to be done. This was my chance to do something for punk rock’s legacy.”

Parker hinted he may next challenge representatives from the hip-hop and metal subcultures in a triple-threat match to determine the undisputed champion of substance abuse.