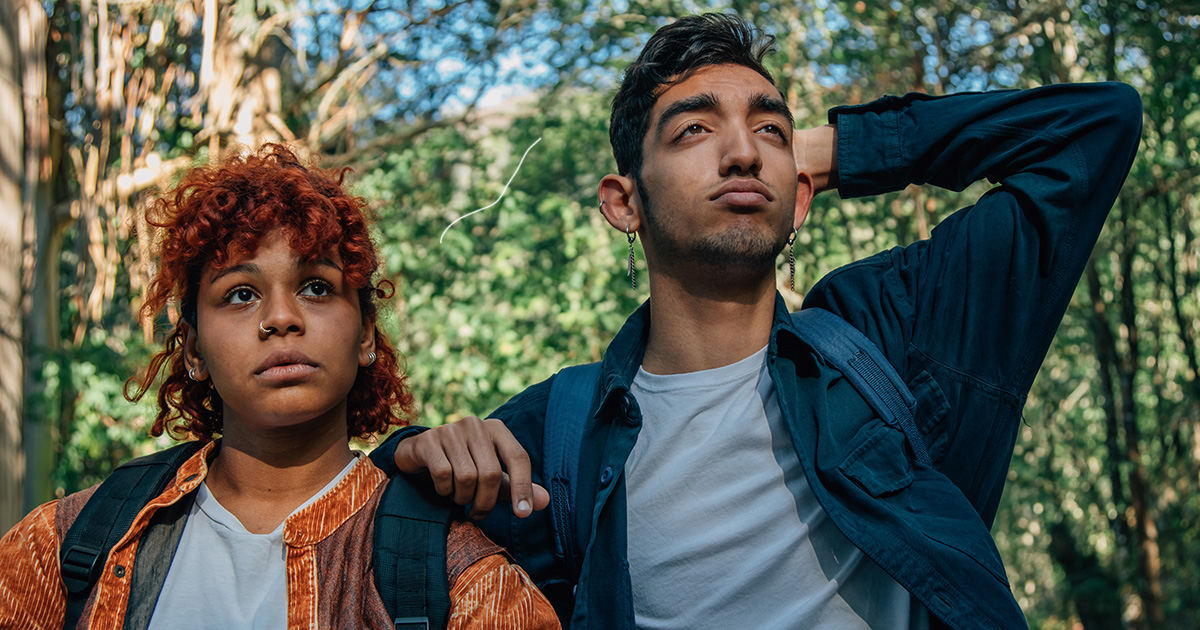 EUGENE, Ore. — Roommates and known stoners Lilia Huerta and Sam Khan reportedly witnessed Kate Bush in the form of a stray piece of thread floating through the air on a balmy yet pleasant Spring day, according to sources.

“We were sitting on a blanket outside debating how to pronounce the word ‘patron’ when Lilia noticed a lavender-colored thread loosely twirling through the air and heading toward my shoulder in movements that were kinda short puffs, yet somehow still effortless in their movement, which was so weird,” Khan recalled. “Right as I was plucking it away, we heard a crescendo of kick drum and synths, followed by a distinct ‘running up that road, running up that hill.’”

Huerta confirmed the loose ethereal thread sighting, adding that the pair didn’t question its origins for a second.

“We were like ‘oh yeah, that’s English singer-songwriter Kate Bush,’ you could tell by how the thread was like, solid color but then when it caught the sunlight it sort of sparkled like the way water in an oil slick does,” she said. “She was ⅔ of the way through ‘Hounds of Love’ when a second thread we suspected to be Bjork also contorted by us, faintly whispering like a Siren’s call, but our cat swallowed it before we were able to make out any bells, so who knows what that was about.”

“I’ve seen instances of her as an iridescent bubble in Brazil, an accidental squirt of lemon in a guy’s eye in Peru, and even a shimmery glass of water that was so cold the condensation slid it across a table in Milwaukee,” said Dr. Basu. “The scientific community is torn up by whether these are stops along a surprise world tour or just a casual outing for the singer. Either way, the shared experiences of sparked feelings of whimsy and introspection lead me to believe that they are, in fact, the same person.”

At press time, the thread went wide-eyed like a feral animal and lept away as it started singing the first verse of ‘Babooshka.’