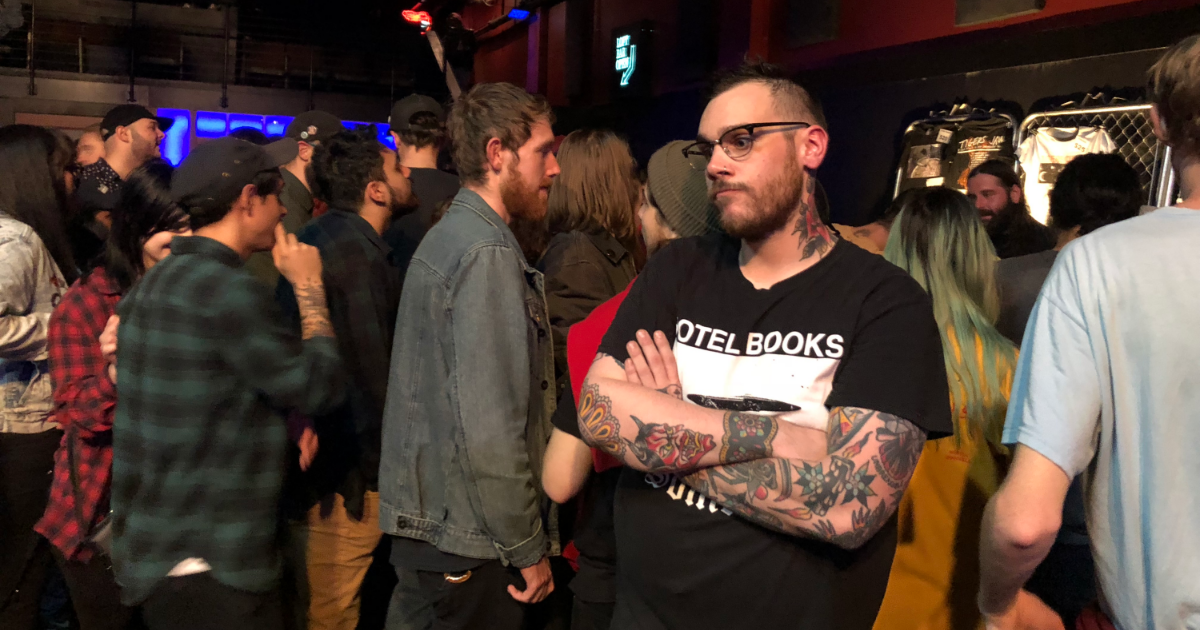 CLEVELAND, Miss. — Local hardcore guy and “fucking wild man” Rodney O’Dell is reportedly having the best night of his life, watching one of his favorite bands while silently standing by a wall with his arms crossed, according to eyewitness reports.

“This is so fucking awesome,” O’Dell said, expressing little to no emotion in his voice or body language whatsoever. “I’ve been waiting for these guys to tour through here since forever, and I’ve never been so excited in my life. I probably look like some fanboy goober, but I don’t even give a fuck right now.”

Struggling to contain himself, O’Dell explained how he prepared for the eventful evening.

“I had a feeling I was gonna let loose tonight, so I made sure to come ready,” he said. “I got here extra-early to stand super close to the pit, so I could sort of just lean back without moving to avoid anyone kicking. And I made sure to wear my black T-shirt with the stretchiest sleeves, in case I felt like crossing my arms super hard.”

Witnesses worried, however, that O’Dell may have taken his outrageous show-going antics too far.

“Honestly, I haven’t seen Rod that pumped up since he almost smiled when his fiancée said ‘yes,’” said friend Kelsey Dominguez. “At one point, it looked like he was gonna go full ham and uncross his arms to maybe let them hang by his sides or something insane… but he just had an itch above his elbow.”

“I just hope he stretched before he got here, because he’s definitely gonna feel those three times he sort of nodded his head if he didn’t,” she added.

Those close to O’Dell say his wildly inappropriate form of self-expression is not uncommon.

“I remember one year for Christmas, my mom and dad got him a Big Wheel, which he talked about wanting all year,” said sister Katie O’Dell-Haigh. “But when he saw it, he just stood there all stone-faced — like it was a staring contest or something. And then he said our parents were ‘…the best mom and dad in the whole world.’ He’s always definitely been the wild one.”

At press time, O’Dell was not overheard saying anything to anyone.