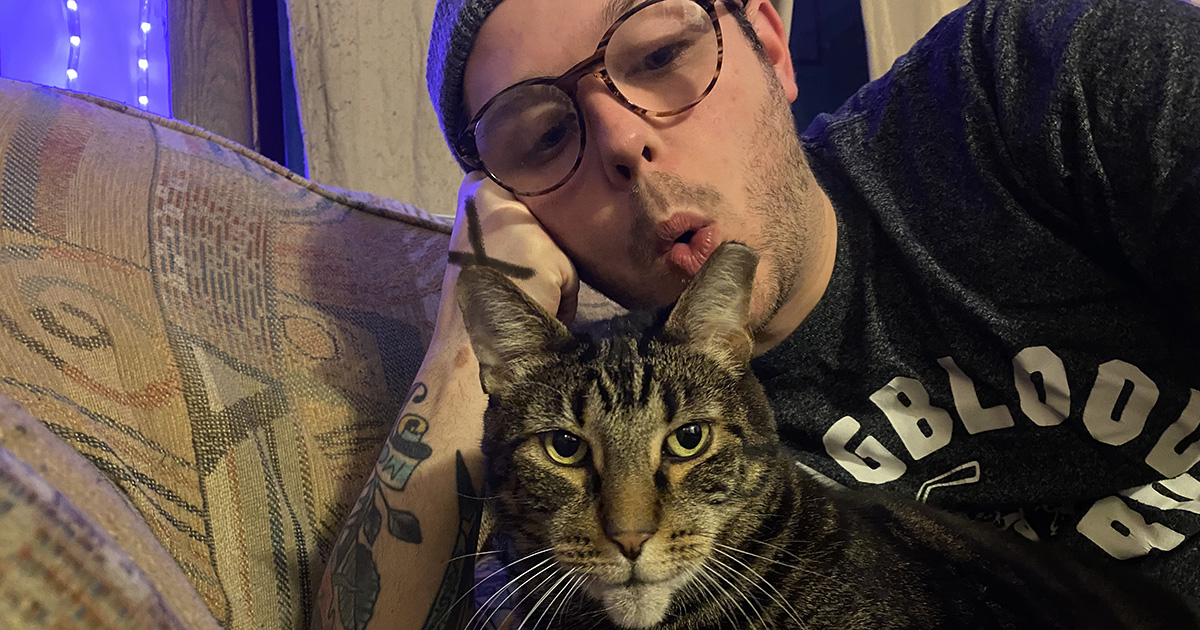 “I love to see my cat when she has full control over her motor functions. She’s just really stable and has great reflexes,” said Cohen from his modest apartment. “Watching her catch her stringy toy in mid-air like a little jaguar is the highlight of my day. Sometimes I’ll have friends over, and we’ll put on a Youth of Today album, and take turns blowing in her ear just to see how normal she is. It’s hilarious.”

Putting cats into an altered state is a popular activity amongst some cat owners, with one study finding that nearly every punk house in the United States has at least one resident that tries to get the resident cat high.

“Cats are maniacs, man… just look at them as soon as they get within 10 feet of catnip. They’re straight-up junkies,” said local crust punk and cat owner Angie “Pumpkin” O’Hara. “Every cat I’ve ever met wants to get fucked up. I think it’s animal abuse when these straight edge pricks force their cat to be stone-cold sober all the time — these are the same type of people who train their cat to use a toilet.”

Dr. Marsha Freeman of Boston’s Angell Animal Medical Center warns against the dangers of giving your cat too clear of a mind.

“Too much time in an alert state can be bad for cats, and blowing clean air in their ears doesn’t necessarily have the desired effect. It’s a common myth that blowing straight edge air in your cat’s ears makes them more sharp,” she explained. “If anything, it just makes them respect you less for acting foolishly. Cats should spend as much time as possible being stupid and confused. It’s just what’s healthy for them.”

For Cohen’s part, he doesn’t plan on stopping anytime soon — in fact, he’s doubling down, and will allegedly let his dog drink root beer spilled on the floor. “I know the sugar’s bad for him or whatever,” said Cohen, “but you can tell he loves the buzz.”