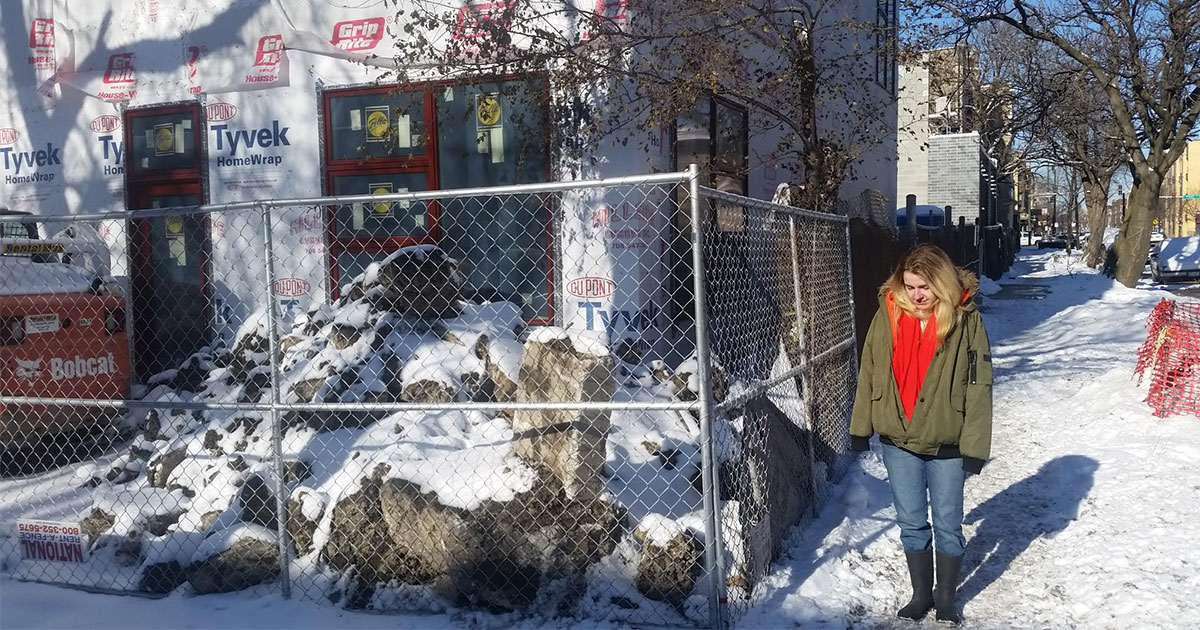 BOSTON – Creature Vinyl, a long-standing, independently owned record store you never went out of your way to patronize, was recently demolished to make room for a series of high-end condos that you will never be able to afford.

According to your longtime friend Jeremy Griffith, you stopped dead in your tracks when you saw the construction crew. “‘This is bullshit,’” you allegedly said. ‘“How could they fucking do this to Creature?’”

Workers from the jobsite were caught off-guard by your sudden display of outrage.

“I was loading in some sheetrock, and I just heard someone yelling how ‘yuppies are killing this neighborhood,’ and that ‘independent music stores are needed more than ever,’ or some load of shit,” said construction foreman Pat O’Hannigan. “I mean, hey — listen. I couldn’t afford to live in this place, either, but the owner who recently came back to pick up a few last minute things told me he hadn’t had a real customer in over a month.”

“If the neighborhood isn’t interested in supporting the arts, then I don’t know why artists would stay in the area. This is another example of development at the cost of real artists,” said Best. “Besides, how is someone supposed to afford a $300,000 studio on a barista salary? Even if you factored in the cash from my monthly storytelling show, it would be impossible.”

Reports indicate the 15-minute impromptu protest against the ongoing march of gentrification did little to halt construction of the new live/work space.

“If one in every five kids posting about the store on Twitter bought a record, I could have kept this going,” said Dick. “But whatever, I’m opening up a bar down the street. People care more about that.”