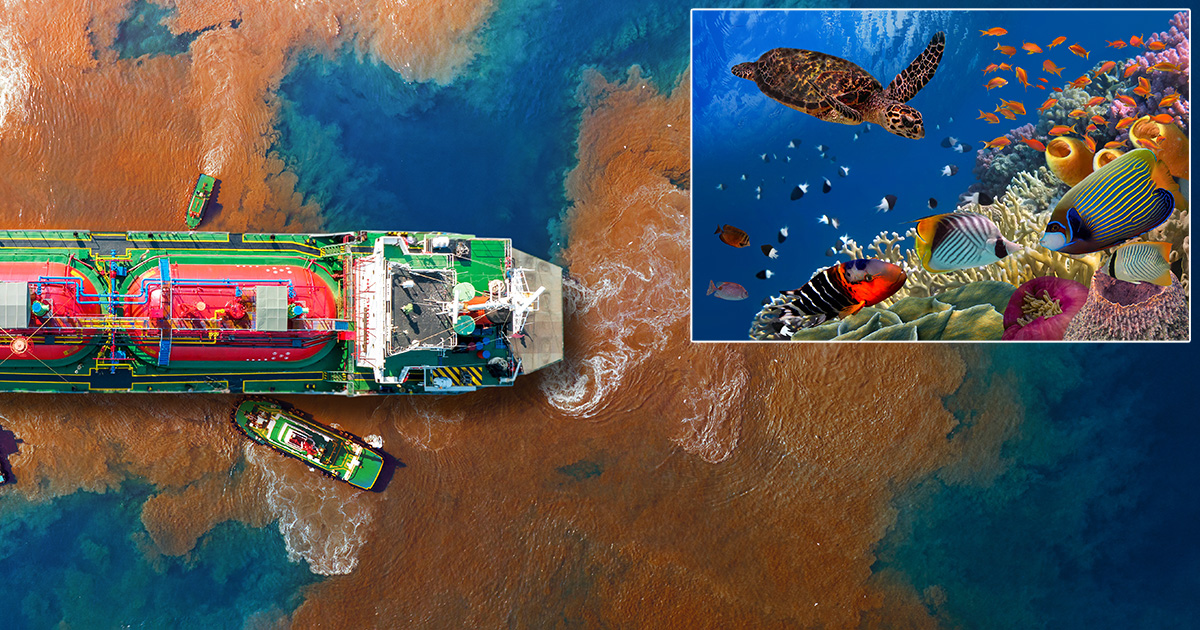 LAKE CHARLES, La. — An oil tanker owned by ExxonCBD carrying over a million gallons of cannabidiol tipped over spilling its cargo everywhere causing numerous species of fish to struggle to figure out if they notice any changes.

“This oil spill has really destroyed our home… I think? Because of this carelessness, I am left feeling very relaxed. I don’t know really. Maybe I need to swim around in the oil slick for a few more minutes in order to feel something,” said one of the whales currently chilling in the spill zone. “Maybe we gotta wait a little while longer or something. I’m not buzzed or anything. The 400 pounds of herring I ate earlier digested much smoother than normal, but there are several factors that could have affected that. I mean I’ve had a lingering pain in my dorsal ridge that feels pretty good right now, so maybe the oil is helping with that.”

Several environmentalists traveled to the accident to help as much as could possibly be done including Jennifer Peterson.

“It’s time the billionaires of CBD take responsibility for their actions. This is a terrible travesty that is causing confusion within most of the marine life, ” said Peterson while trying to bottle some of the spilled oil. “Our volunteer crew has been working around the clock asking fish about their anxiety levels before and after the accident. With any luck, we will be able to figure out if the CBD is actually working. The poor creatures just can’t figure it out. Could you imagine if something with THC polluted the area too? Then they might actually feel something for sure.”

Suzanne Cheney, CEO of ExxonCBD issued a statement later in the evening.

“We here at ExxonCBD care about the planet and assure you we do everything we can to prevent future catastrophes,” said Cheney. “Yes a small spill happened, but we believe CBD oil has benefits for all species. We will do our best to help fund the clean-up effort but our main priority is hiring sober-minded security guards to keep any white people with dreadlocks from approaching the spill site and trying to get free product.”

ExxonCBD also made headlines earlier this year after they were caught bribing politicians to allow drilling for an EPA-protected Sticky Icky Kush endangered only to Woody Harrelson’s closet.