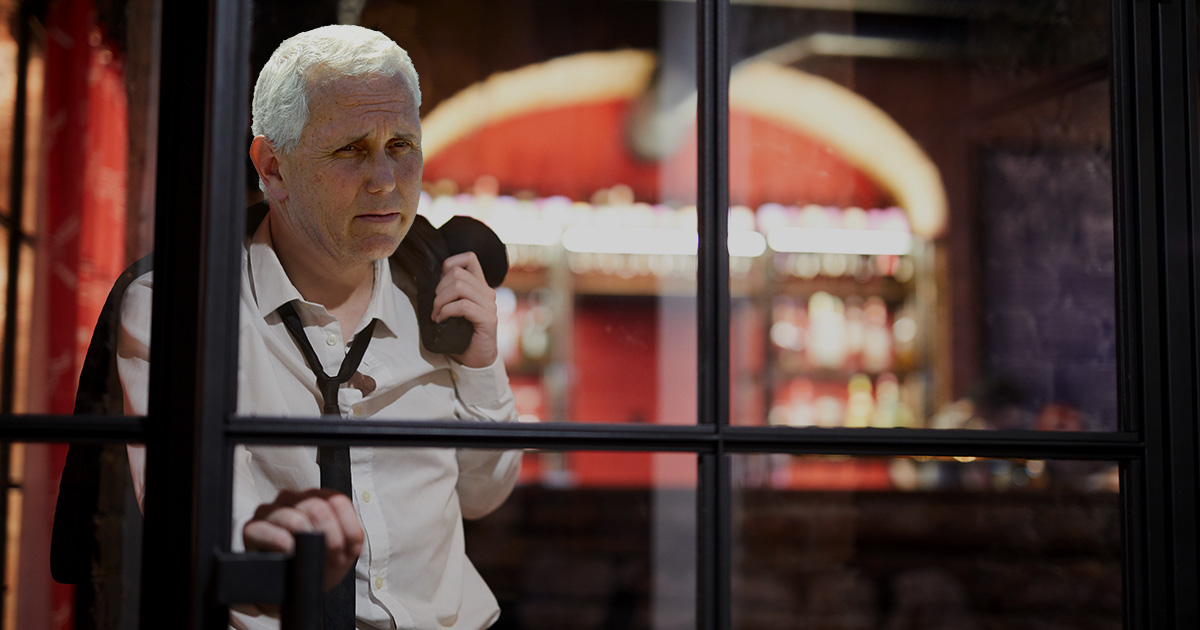 “The impeachment hoax has been very trying, so Mother recommended I attend a Lamb of God revival at this church called The Anthem,” reported the tear-stained Vice President. “The crowd wasn’t what you would expect at a revival, but if anyone needed to hear the good news of the Gospel, it was these people. Much to my chagrin, it turned out to be a rock ‘n’ roll show… and a very evil one at that. Fortunately, the Secret Service stepped in and got me out of there, but it was all very upsetting.”

Witnesses report that approximately five minutes into the band’s opening song, the Vice President was whisked out of the venue, but the damage was done.

“I was really confused when I saw Pence there, because I always took him for one of those uptight, ‘metal is the devil’s music’ types… so I initially thought maybe he was a bit more open minded than we give him credit for,” said concert attendee Britt Rianda. “But when the band called for a wall of death, I saw Pence stupidly walk into the gap in the audience and start telling the band to stop playing so loud — then the wall came together and he was gone.”

The resulting aftermath has earned the band the ire of social conservatives, but Lamb of God has emphatically claimed they are not to blame for what happened to Pence.

“Look, I’m not going to get dragged into a political debate,” said Lamb of God frontman Randy Blythe. “If that choad wants to come to one of our shows, he’s absolutely welcome to, but you’d think that someone who believes in personal responsibility would take five minutes to google the event he was attending. Sorry he didn’t have a good time, but that’s on him, not us. If he doesn’t like mosh pits, tell him to go back to his ‘safe space’ in whatever closet he calls an office in the White House.”

Government sources state that while Pence was traumatized by the event, he was hopeful that the Christian film, “I Am Divine,” will be more uplifting.