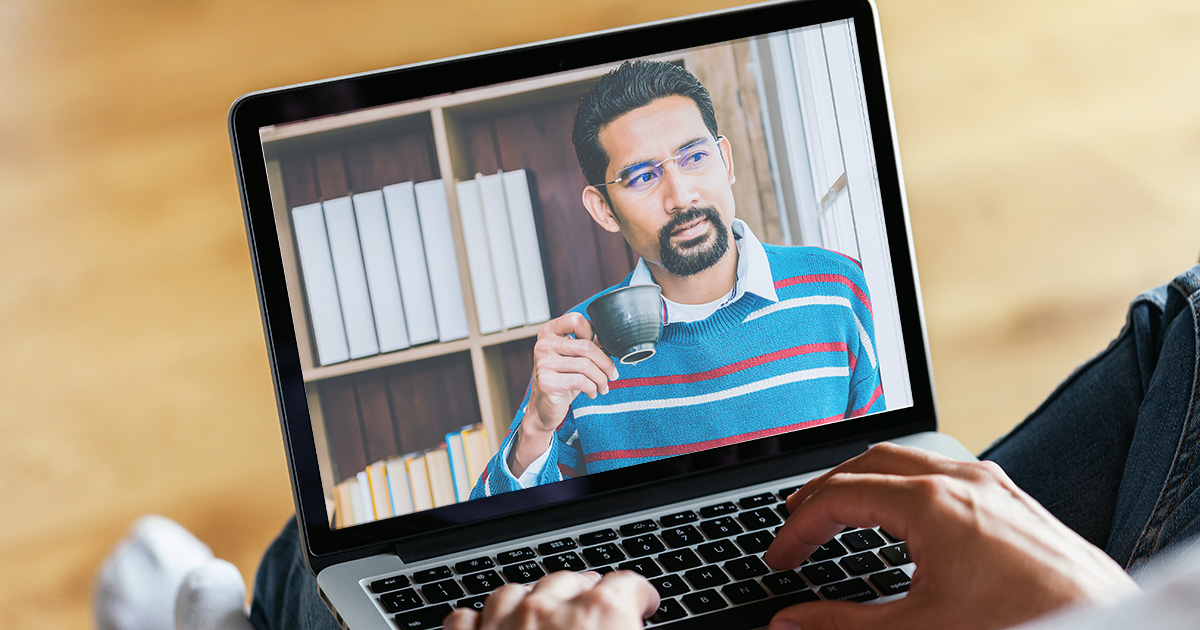 “I’ve been meeting with Dr. Bernard for about three years now, so I was interested to see what his house looks like,” Jeffers said. “At first he had himself muted and couldn’t figure out how to turn it on… which was weird, because he seems like a pretty savvy guy. After a couple minutes we finally got started, but I couldn’t stop staring at the stuff behind him — he had bookcases in the background, but they were like, shitty Ikea bookcases. I’m pretty sure they’re worse than mine.”

“Then I started looking through the books. There were some Garfield books, a couple books by Dr. Phil, and a giant copy of ‘Atlas Shrugged,’” he added. “I started to wonder if I should really be taking advice from this guy.”

17 minutes into the session Dr. Bernard’s pet joined the session, which was allegedly the most telling part of the entire 55-minute call for Jeffers.

“I was describing how I believe the quarantine has shifted my values and my sense of self, when suddenly his cat jumped up on his lap,” Jeffers recalled. “He put it down on the floor and said, ‘Not now, Mittens.’ How can I discuss my existential crisis with a man who can’t come up with a more creative cat name than ‘Mittens?’ Also, I can’t unsee my therapist kissing a morbidly obese cat on the lips ever again. This quarantine sucks.”

According to The American Psychological Association, Jeffers is not alone.

”Patients are seeing their therapists in a more natural and uncurated setting for the first time, and subsequently, a larger number of individuals than ever are quitting therapy,” said Edy Farmia, a representative from the APA. “It’s really lifting a veil between patient and provider that begs the question, ‘Is anyone really qualified to give advice to anyone else?’”

For his part, Dr. Bernard seemed to share a similar sense of disappointment in his patient. “I was not happy to see a ‘Fight Club’ poster on the wall behind him,” Bernard said. “And if he thinks I didn’t notice the pile of weed sitting on top of a Thrasher magazine, he needs more work than I thought.”