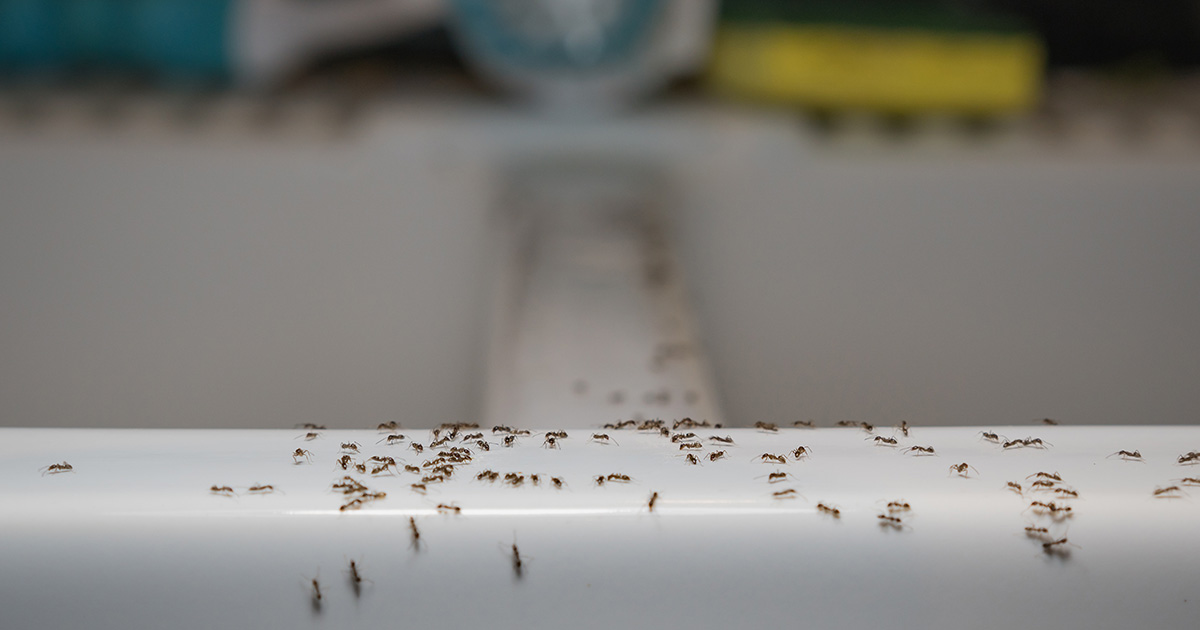 MINNEAPOLIS — Local punk house Last Resort Lodge commemorated the official arrival of spring by bidding farewell to the resident rats that took up winter residence within its walls and welcoming an enormous colony of ants.

“Yeah, it’s the best time of the year,” said longtime resident Adam Pilknerson, absentmindedly crushing ants and half a rat carcass under a crumpled beer can leftover from the day’s celebration. “Millions of ants start busting in through the cracks, which means it’s warm enough for the rats to leave. Being able to play shows in the yard again without freezing is great, too, but there’s just nothing like spotting that first swarm of black specks in your kitchen.”

Lukas Cole, touring guitarist for Breaking Striper, appeared relieved to learn the annual infestation changeover had occurred before his next stay at the house.

“Last time I got bitten on the face by some kind of crazy huge rat when I was sleeping on their basement couch after our show,” he said. “I’m still kinda healing from the infection, so having a bunch of little ants running all over me actually sounds pretty relaxing. Plus the ants thing isn’t a huge deal. The life cycle of an ant is probably like two days, but I’ve been seeing that rat with half a tail in their place for like six years, so this is a welcome reprieve.”

According to expert biologist Dr. Pamela Woller, the house’s large-scale infestation transition occurred slightly later this year than in year’s past.

“As the outdoor temperature rises, conditions at Last Resort Lodge are certainly quite favorable to host an extensive ant colony once again,” Woller explained. “The food scraps and easily navigable path of various crusted spilled liquids provided hearty sustenance for the rats that scurried around from October through April. Now, these same odorous substances have signaled to intrepid forager ants that a rich, balanced food trail ranging from chips to pizza will keep them fed for months.”

Per their springtime tradition, house residents will not employ professional extermination services for the ants, preferring instead to scrape away the insects with bass guitar picks.