Sick Melody Thought of in Shower Forgotten by End of Shower 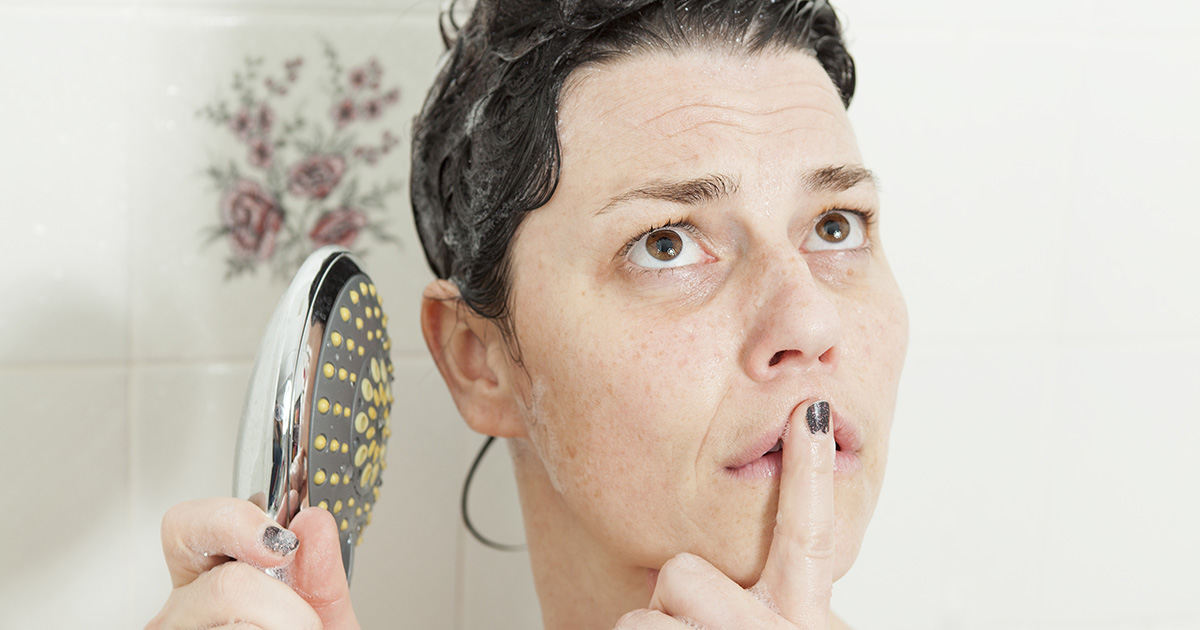 WOODSTOWN, N.J. — Local punk Alice Moretti thought of “the sickest” melody while shaving her armpits in the shower moments ago, only to forget it entirely before she finished shampooing her hair.

“I swear, the melody was catchier than any Front Bottoms chorus,” said Moretti, still in a bath towel. “I’ve had writer’s block this entire pandemic, but then boom — I start singing the riot grrrl riff from heaven. I tried humming the melody over and over again so I wouldn’t forget it, but then I got shampoo in my eye and was totally distracted. Next thing I know, the song was down the drain.”

“Once I realized it was gone, I quickly hopped back in the shower to see if it would spark something — I even put shampoo in my eye again. Nada,” she added. “I even tried hypnosis and hired one of my Instagram tarot friends to perform one of their bullshit rituals, but that career-saving tune is gone for good.”

Moretti’s roommate Skylar Hotez was the only witness to this devastating incident.

“I heard Alice singing some weird song in the shower, and I can confirm that the melody actually sucked ass,” said Hotez. “It’s a good thing she can’t remember it — I wish I couldn’t. We’re all better off. She’s run our utilities bill through the roof with all that shower singing, and there’s no way I’m helping her pay this hot water bill for some stupid song that sucked to begin with.”

“According to our studies, over 60% of great melodies are forgotten in the shower before the subject has even finished scrubbing their bum, while 78% of artists think of their most pretentious mural idea while having sex, but forget it during climax,” said Kastner. “And nearly 40% of writers finally come up with the next great American novel while driving on the highway, but forget it as soon as they yell at some asshole for changing lanes without using their blinker. It’s a tale as old as time.”

At press time, Moretti was attempting to remember “the perfect tweet” that came to her in a dream last night, which was promptly forgotten upon waking up.