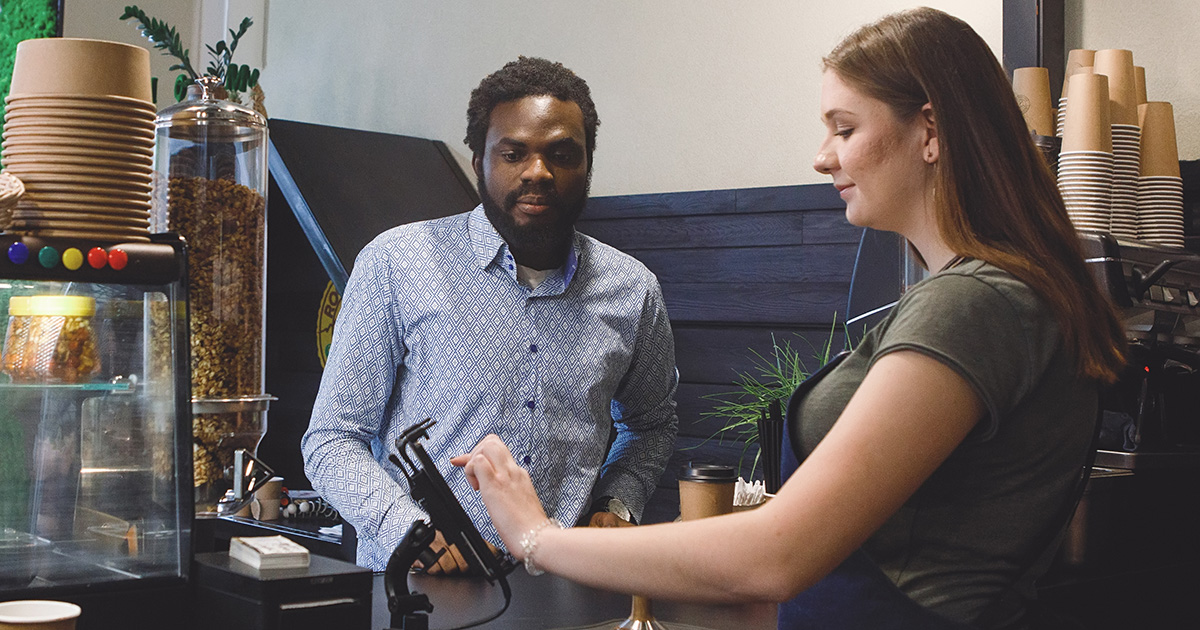 DUTCHESS, N.Y. — Endlessly bashful man Dan Jennick admitted today that he’s made extra trips to his local Starbucks during his current crush’s shifts all week long in hopes of being on location in case of a lockdown situation.

“From the interactions I’ve had with her so far, she seems like just the kindest person ever… but I’ve always been too shy to ask her out,” Jennick commented, failing to stifle the involuntary shakes brought on by his ninth latte of the day. “I figure, if I can somehow orchestrate being inside the store when this mass panic causes a quarantine situation, it’ll be like something out of a sitcom — we’ll be stuck inside here together, get to talking, and when the quarantine is lifted I can casually drop the, ‘Hey, we should do this again sometime’ line. The plan is literally perfect.”

Barista Brittany Thomas, however, has easily seen through his elaborate plot.

“It’s super obvious he’s trying to somehow ask me out: every time he orders, he comes so close, then bails at the last second,” she recalled. “Dude’s been in this shop for hours already; he’s probably waiting to get locked in here. Thing is, I’m working, so I can’t really say anything — it would be inappropriate — but if he would just ask, I would say yes. I like him, too; there’s no need to wait for a global pandemic. How does he not get that? Oh, well.”

“I like to analyse people’s body language and parse what they’re thinking,” he said, examining the clientele. “Writer over there with his laptop, bro that came from the gym… then Dan, who keeps flirting with the barista. You know, I purposely schedule Brittany the same time every week to try and facilitate this thing from afar. I kinda wanna self-quarantine my store at this point, just to move things along… though they’re so shy, it probably wouldn’t even work.”

After the Starbucks was shut down earlier today, Jennick was seen endlessly swiping through Tinder hoping to find Thomas while she’s been doing the same via Hinge.