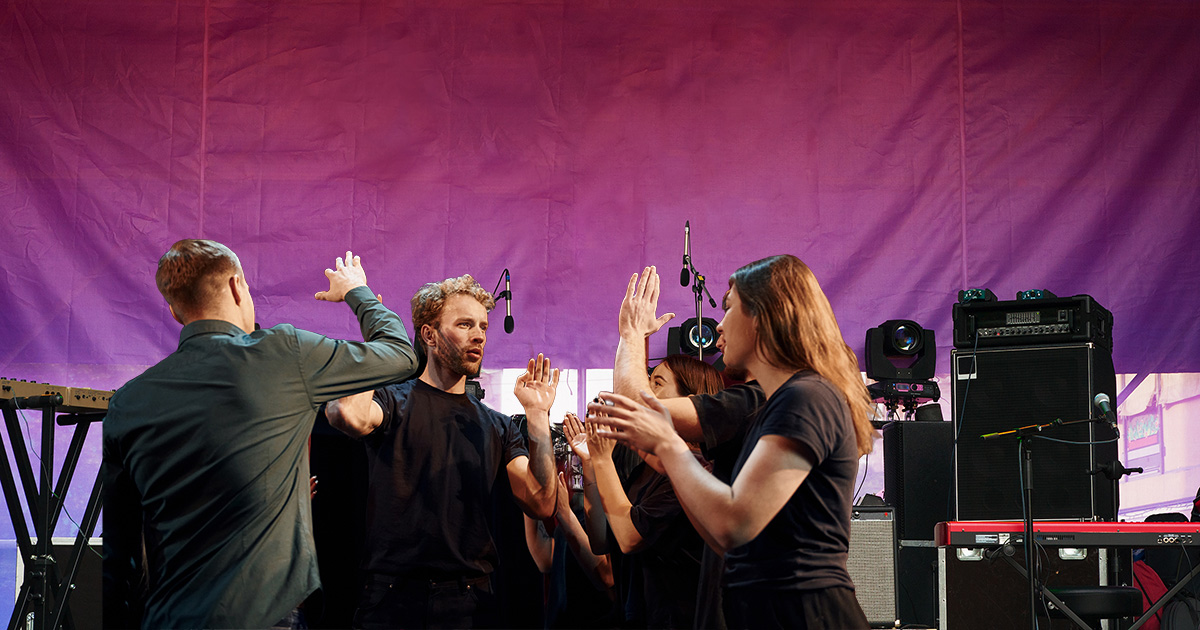 “It just felt like the right thing to do. Everyone was sounding so fantastic that night, just incredible sets all around,” said Grime Grubber guitarist Lynda Ng. “Even the guys who are typically big showboaters all shared the spotlight and exhibited a deep understanding of the importance of the fundamentals. If we’re gonna say ‘good gig’ fifty times, we’re gonna mean it. We all ended up sharing some orange slices that my mom had given me before the show and drinking some warm beer that was sitting in a cooler behind the bar. It reminded me why I started playing music to begin with.”

Unfortunately, not everyone in attendance held such positive reactions to the showing of good sportsmanship, like the irate response it elicited in certain parents in the crowd.

“Some of the applause the other bands were getting was total bullshit. My son Donny was clearly MVP of the show, he plays bass like a little angel. The sound guy was fucking him over all night, it’s like he was turning him all the way down in the mix on purpose,” said Gregg Suskin, father of Donny Suskin who plays in Bunkle Uck. “Yeah sure, I got a little tipsy and started yelling as much to some of the other parents in the bleachers, but that’s what the damn Rat’s Nest gets for installing bleachers into a punk club. They can say it’s ironic all they want, but if a brawl breaks out ‘cause I spill a beer on another dad, don’t blame me if I put up my fists.”

Venue popcorn vendor Honus Rebhorn said it was one of the finest shows he’d seen in his over thirty-year career.

“I’ve seen a lot a lot of bands take the stage in my time here at the Nest, and I’m man enough to admit that I teared up when I saw those kids line up to high five,” said Rebhorn. “I consider myself a lucky man, being able to hold a multi-decade career in selling popcorn at rock shows in this economy and all, but that night, I felt even luckier. The best part was the one band that had a dog playing in it, though. That was really something cute. Nobody had any qualms about it, because they knew there was no rule against it. Music’s for everybody, man or beast. Heck, I’d high five to that, too.”

When reached for comment on whether or not the bands deserved to get taken out for ice cream afterward, Rat’s Nest owner Gil Vernon said simply “we’ll see…” which everyone seemed to know always means yes.