SHARP Excited to Spend Yet Another Day Explaining Himself 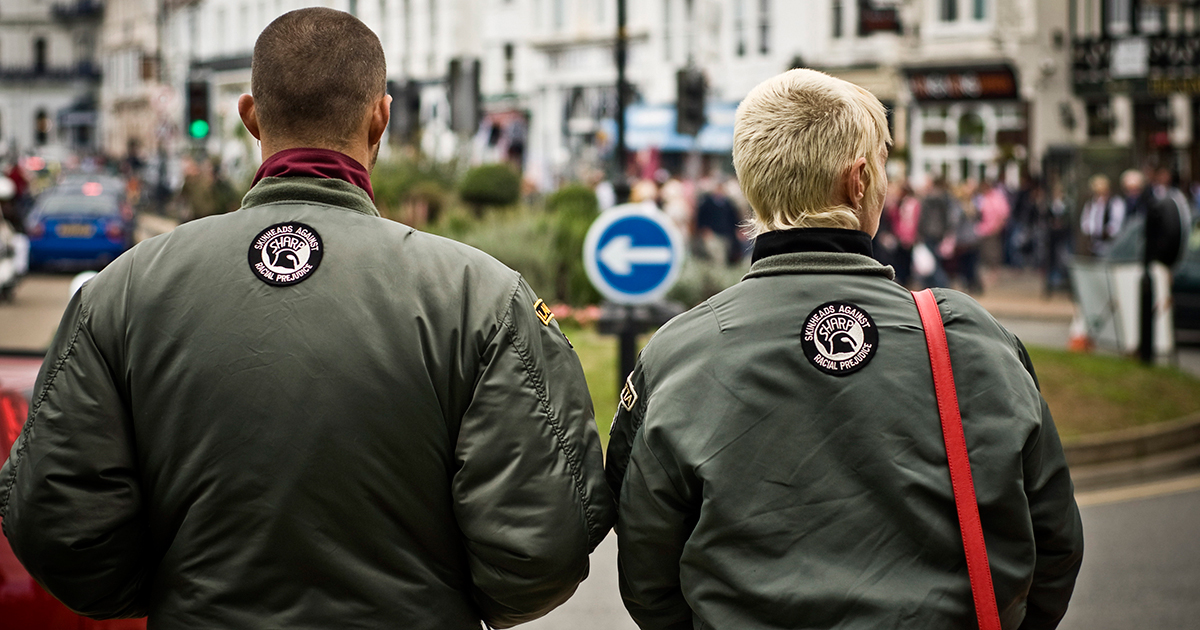 BOSTON — Local Skinhead Against Racial Prejudice [SHARP] Matt Pine was overjoyed yesterday for the latest of his countless days explaining the distinction between traditional skins and racist skins to nearly everyone he encountered, slightly confused and still somewhat wary sources reported.

“Oh, yeah… really puts a spring in my step, informing every person I interact with that I am not a Nazi and just a proud member of the working class,” said Pine, dressed in a green bomber jacket. “It’s pretty rad to have even the most pedestrian of interactions exist under the looming spectre of whether or not I’m a member of a full-blown hate group. Really keeps things exciting.”

Pine, a well-dressed white man who has shaved his head regularly for several decades, has had to clarify his tolerant beliefs to friends, co-workers, and passersby regularly ever since.

“I get that not everyone has the ‘Spirit of 69’ in them,” said Pine. “I can spot a bonehead from a mile away. But people should know: just because we dress almost identically, act almost the same in public, and have a generally grumpy demeanor, doesn’t mean we are the same.”

“I try to educate people whenever I can, though,” he added. “I tell them to just take a look at the color of a person’s shoelaces — you can learn a lot from shoelaces.”

Several of Pine’s coworkers at the Wyman-Brockton machinery factory expressed tentative support for his supportive lifestyle, while also admitting they don’t fully understand it.

“Oh… yeah. His Sharpie club?” said account manager Linda Dangswerth. “I think they get together and listen to records and wear suspenders. Or, no… do they play soccer or something?”

“I’ll admit, it’s tough to understand him most of the time because he pretends to have this weird British accent,” agreed manager Sherry Coxswain. “But, whatever. He swears he and all of his scary looking friends are cool with everybody, so… whatever.”

At press time, Pine was seen chasing an alarmed tourist down an alleyway, attempting to explain that he wasn’t “one of those” violent skinheads.