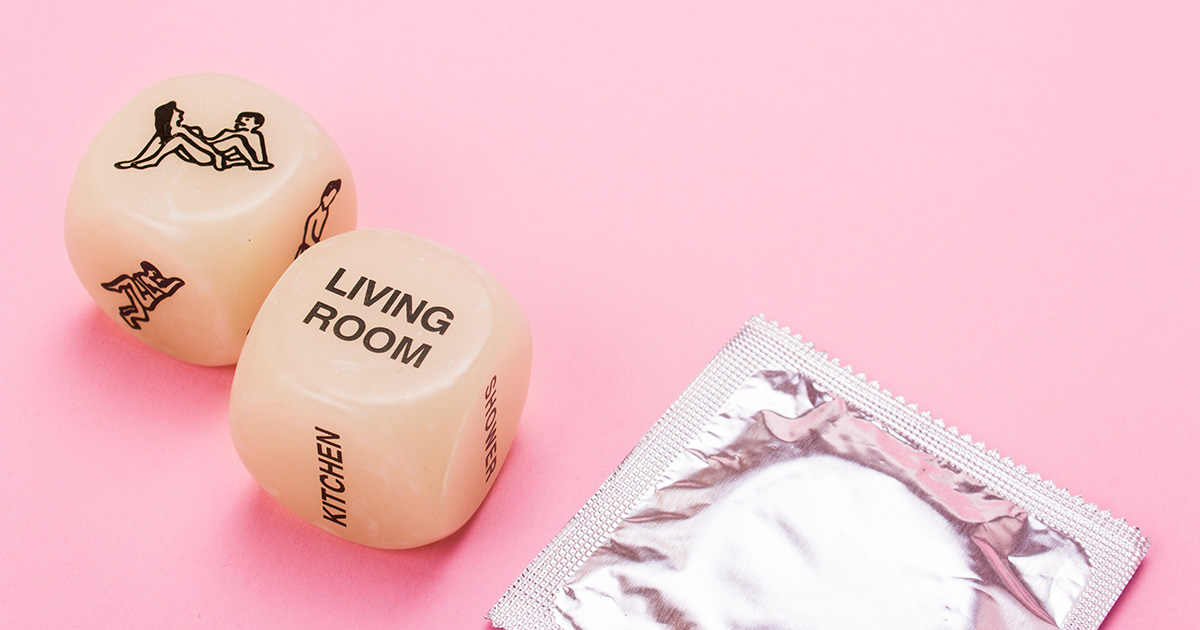 “I was browsing through the weed posters when I looked over and saw the sex toy section, and immediately knew what I had to do — linger over there for a few minutes and joke about how lame the boobs shot glasses are before pretending to accidentally knock over a candy necklace thong in front of my wife,” Colin explained. “I knew I had to act fast — we’ve spent 11 years together, and I don’t want it to end. It’s do or die time for our marriage, which means it’s either the sex toy section of Spencer’s or counseling. Luckily, she was on the same page.”

“It’s not a bad combination for someone trying to save their marriage. My wife is getting the same care package from me this holiday season, except the ‘Rick and Morty’ butt plug will be the limited edition ‘Stranger Things’ nipple clamps,” explained Pikachu beanie-wearing 37-year-old cashier Davie Gilman. “Those don’t even come out until next season. It’s a perk of the job.”

For their part, the sexy dice are ready to “work our magic” and hope their efforts might save the couple from divorce.

“Whether we get called in to liven up a bachelorette party or resuscitate a dying relationship through a simple and straight-forward set of basic instructions, we always give 100%,” said the sexy dice. “Even if he resorts to tricking her into thinking it’s an actual game, he may at least get a ‘lick’ on his ‘groin’ or a ‘blow’ on his ‘naval’ before she realizes this is nothing like the game of Yahtzee they fell in love over.”

At press time, the “Rick and Morty” butt plug ws nervously awaiting its fate after a bottle of 99 Bananas made its way into the bedroom.