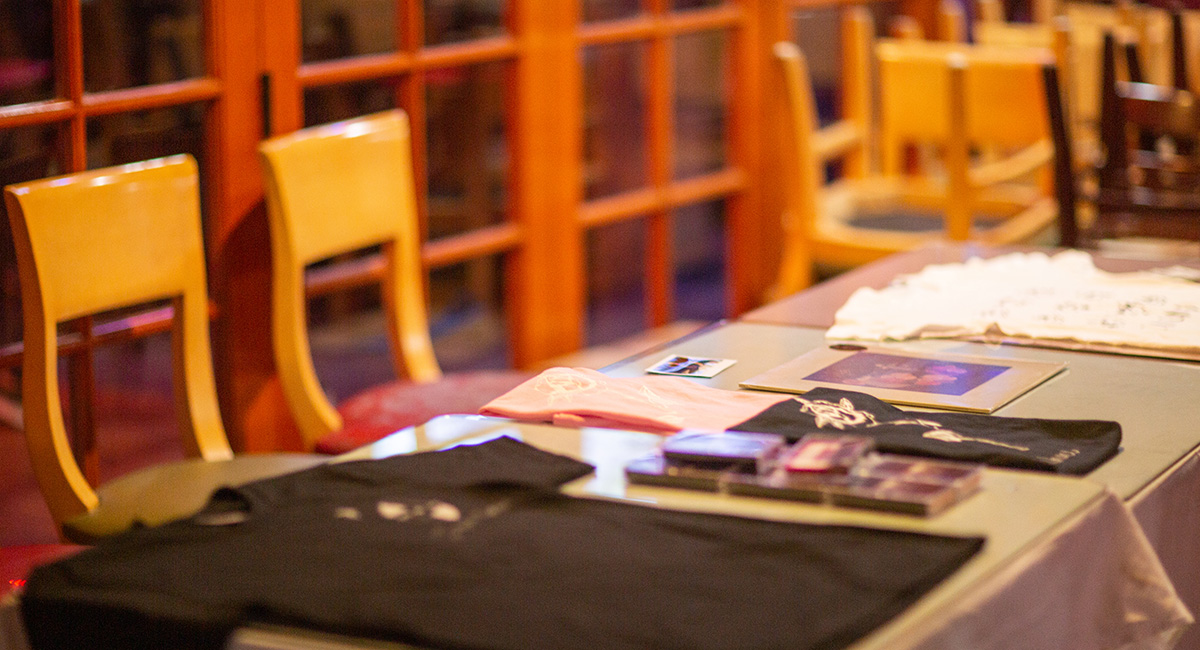 LONDON — A serial killer targeting merch guys allegedly murdered another victim at a show last night, continuing a month-long spree that has yet to be noticed by a single person.

“The Pigs cannot protect the Sheep from me,” said a figure calling themselves the “Camden Ripper” from near one venue’s pinball machine, laboring under the misapprehension that the Metropolitan Police are aware they exist. “Without the merch guy to stand behind a table, having no fun for no pay, how will any band sell cheaply made badges? I am destroying the system itself.”

The Ripper claimed they’ve attended shows all over the area, boasting about the killings to just about anyone within earshot to little interest.

“The Sheep know I am everywhere,” the Ripper informed an attractive, bored-looking woman with earbuds in. “They fear the shadows. I am very impressive.”

Awaiting the arrival of a friend of his cousin’s to look over his band’s merch, Bums of Brixton frontman “Medium” Ben Oyelowo, unaware he was standing next to a dumpster containing at least six bodies, sounded vaguely concerned.

“Where the fuck is our merch guy? Bastard’s dumped our stuff outside and flaked, just like the last one,” he said, unwittingly referring to the Ripper’s alleged third victim Dara Kelly. “See, this is why I don’t bother paying them, or learning their names.”

Heightening the rush, the Ripper reportedly killed an eighth merch guy last week, this time within the venue itself — and wrote, “Catch me when you can Misther Lushk” on a Cidermen shirt in the victim’s own blood.

“This T-shirt’s soaked. I’m not paying for that,” said attendee Molly Mills, stealing the shirt as the Ripper carried the body of Dan Carroll out the side door of the venue. “Anyway, there’s no one at the table, so it’s okay. Don’t be a grass, man.”

At press time, Bums of Brixton still assumed their merch guy Kieron Jones was “off peeing or something,” despite last seeing him hours ago.