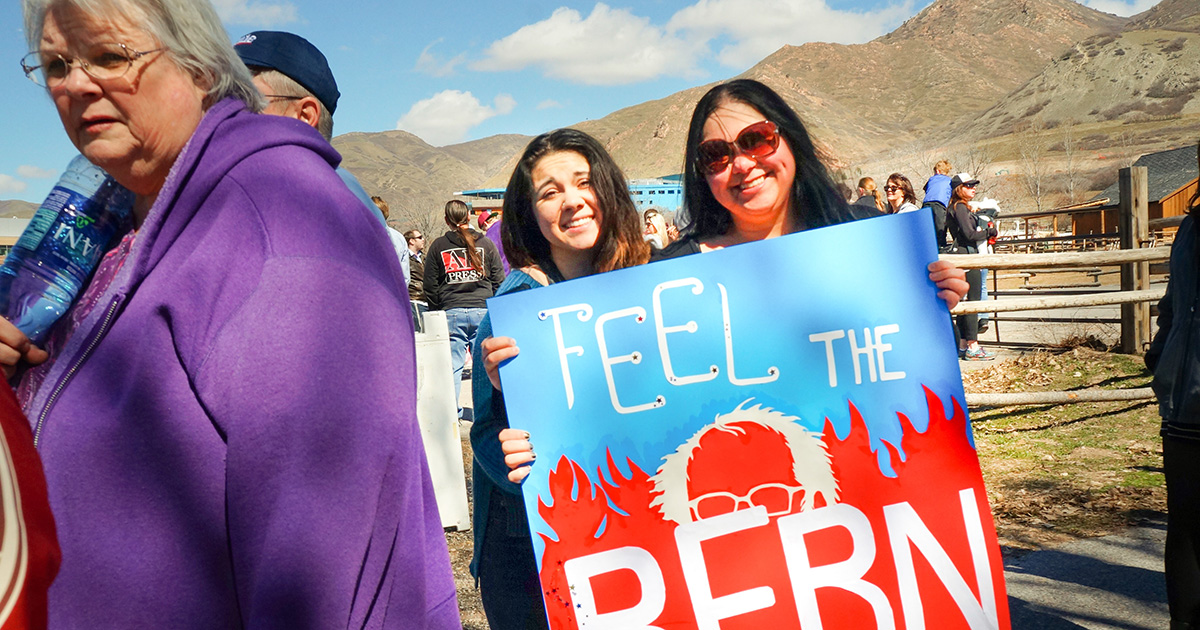 “Man, I don’t want to point fingers… but my friend Booger told me we could borrow his PA for the night, and when I went to pick it up from his place, he told me he sold it to his cousin last week,” said Sanders campaign volunteer Alex Morris. “Right now, our best option is a microphone plugged directly into a small bass amp my stepdad had in his garage. The cord is sort of fried, though, so if your lips touch the mic it’s gonna zap you pretty damn bad.”

“Plus, we don’t have a mic stand… we were hoping Bernie might be able to borrow one from the Biden campaign or something,” added Morris.

Sanders’ campaign officials confirmed that this is not an uncommon occurrence at speaking engagements featuring the Vermont senator.

“Bernie has made his entire career as a grassroots candidate. Because of this, we often end up bringing Bernie to some really questionable venues. Last week, he spoke at a basement show in California with a bunch of grindcore bands. But before that, he got up at a comedy open mic and did three minutes on Medicare for all, which totally crushed,” said campaign manager Faiz Shakir. “If we don’t find a functioning PA tonight, Bernie will just yell as loud as he can through a traffic cone again or something.”

Despite the delay, Sanders’ supporters seemed to be in good spirits as they waited for him to take the stage — a single sheet of plywood, upon stolen milk crates.

“I saw Bernie back in 2016 and it was a fucking madhouse, man. When he started talking about free college for everyone, I swear a pit opened up,” said longtime Sanders fan Emily Wilson. “It will definitely be worth the wait. But a lot of people are already losing their voices from chanting ‘Bernie’ for several hours straight, and a bunch more here aren’t actually old enough to vote, so they need to head home soon.”

At press time, Sanders was instructing everyone to “move the fuck up” closer to the stage.