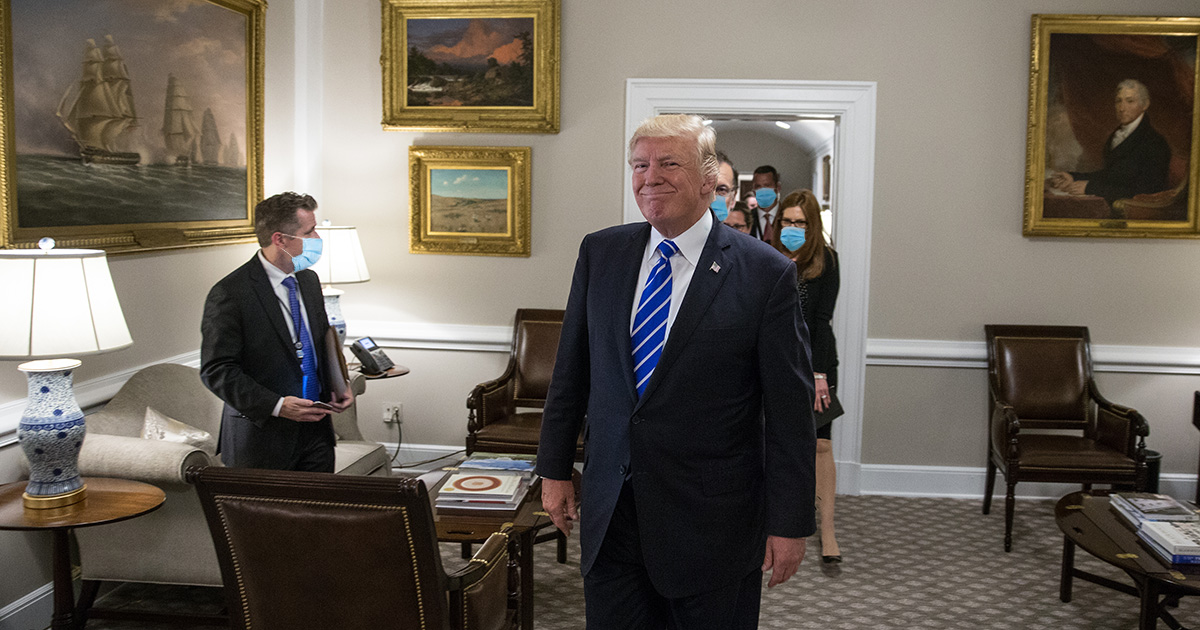 WASHINGTON — Over two dozen White House staff members with clandestine ties to the Kremlin and operating within President Trump’s trusted inner circle admitted today that they wish the Commander in Chief would wear a mask for once, covert sources confirmed.

“I mean, this is just ridiculous,” said one of the anonymous Russian spies, reportedly holding one of the highest unelected offices in the land. “It’s definitely easy to collect sensitive data from Trump; the guy never shuts up — the other day he left the plans for a top secret nuclear reactor right on his desk, and the only thing covering it was McDonald’s hamburger wrappers with some of his discarded pickles. But I just don’t feel safe getting close enough to him to send this back to Mother Russia. I’ve tried to explain this to some of the higher ups at the FSB, but they told me I’m expendable.”

White House staffers have been instructed to wear their own protective equipment when dealing with the President, often at their own expense.

“We’ve been told to buy gowns, wear gloves, and use face shields, all while Trump is walking around like an unmasked baboon complaining about how the media isn’t talking about how strong and fast he is,” said another Russian spy rumored to be part of the President’s security detail. “The shitty part is I’m not reimbursed for any of this gear. My commanders give me a ton of cyanide pills I’m supposed to take if I ever get caught, and those have to be pretty expensive… but they won’t go Dutch on all this dumb protective equipment I need to stay close enough to Trump to get access to Pentagon papers. It sucks.”

“In the past, President Trump basically courted Russian spies, and now he might be inadvertently pushing them away,” said a CIA official who chose to remain anonymous. “We still don’t know how this will affect the Russian operatives Trump is deeply in debt with… and we also don’t know if he actually knows how compromised he is. We send him daily briefings, but I think he just throws those out and has Ivanka sit on his lap. It’s all pretty fucked up.”

At press time, Trump was seen kissing an autographed picture of Vladimir Putin and mumbling, “I wish I could be as strong as you” under his breath.