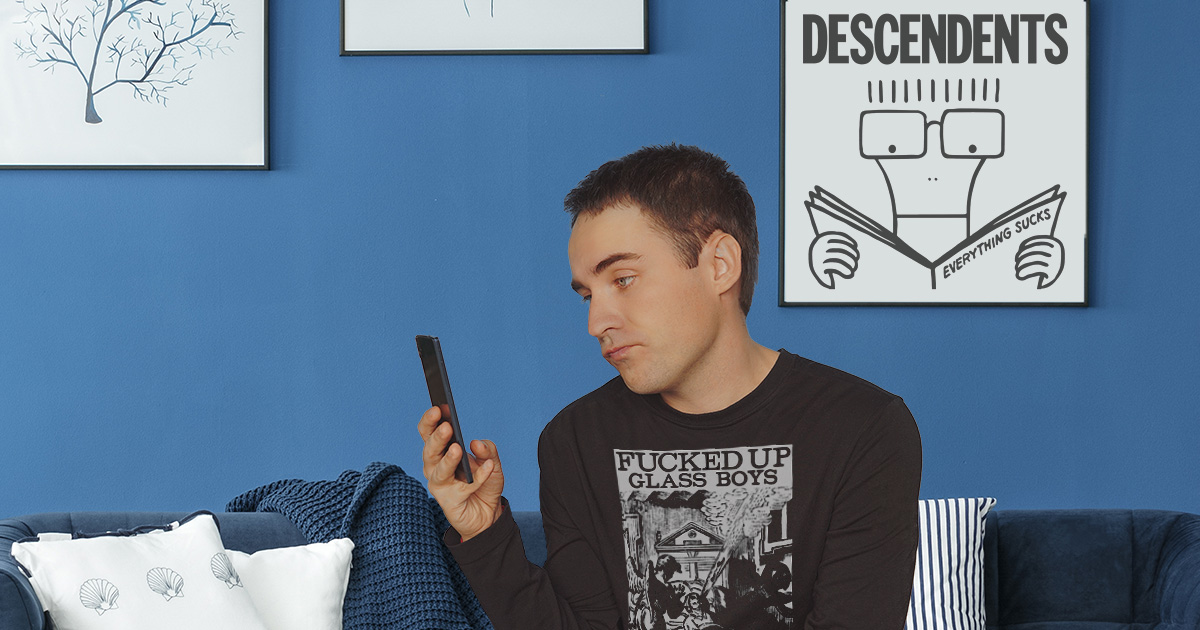 BIRMINGHAM, Ala. — Local man Dan Traver warned friends this morning that his roommate Will Fu’s tweeting of various Elliott Smith lyrics will likely “…turn into an irritating ordeal for their entire social circle, as usual,” and to be ready if need be.

“It’s probably gonna be a whole big thing,” an already visibly annoyed Traver began. “Every time something happens — whether it’s a breakup, or even just when they announced ‘The Office’ was possibly leaving Netflix — he blows it up into a huge dramatic thing. It’s literally the worst.”

“I’m just like, ‘Dude, “The Office” didn’t even end up leaving Netflix, and besides, you own all the DVDs anyway,’” he added. “This situation does not call for tweeting, ‘Cut this picture into you and me.’ That’s pretty excessive.”

Friends shared Traver’s concerns, knowing all too well Fu’s usual pattern of innocuous, barely sad news leading to overdramatization — often followed by comforting Fu for fear of it “going there.”

“I guess Will went straight to ‘The Biggest Lie’ lyrics, skipping right over ‘I Didn’t Understand’ and ‘Somebody That I Used To Know,’” explained Traver’s boyfriend Ben Sadler. “Those are usually the first ones in the cycle, so he’s obviously being extra dramatic by throwing a wrench into his usual thing. It may take him all week to be talked down from this one. We have family visiting, too, so it’s gonna be tight.”

Fu eventually commented from his room, alone in complete darkness, listening to the original Miss Misery demo — not, as he said, “that watered down, Good Will Hunting garbage.”

“My roommate and his boyfriend are so insensitive. I’m sad because I just found out the love of my life is getting married,” a teary eyed Fu stated. “Annie [Tallin], who I sat next to in 8th grade bio, and we kinda lost touch after sophomore year of high school, which was literally only 14 years ago? Yeah, she’s moving to Australia with her fiancé, and they set a date for their wedding. So, basically, my life is over. I’m done. She’s already somebody’s baby!”

At press time, a minor spoiler of the most recent Avengers film lead to Fu tweeting, “You say you mean well, you don’t know what you mean…” to no one’s surprise.