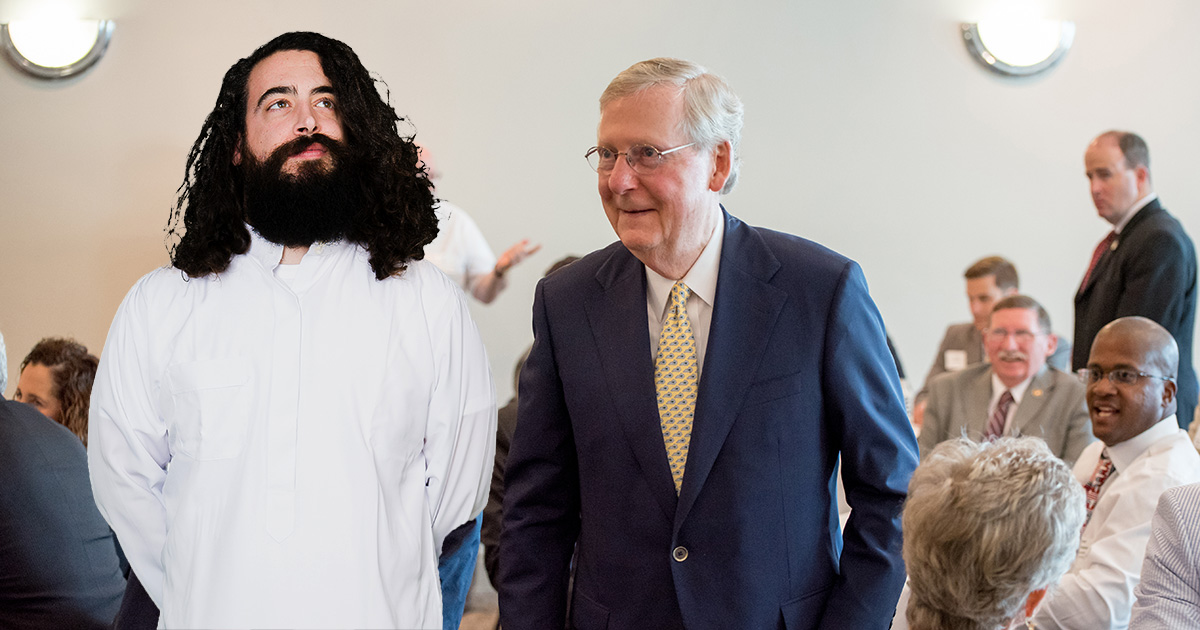 WASHINGTON — God’s only begotten son Jesus Christ is actively distancing himself and his constituents from Republicans across the globe upon his return to Earth this afternoon.

“I gave up my flesh and blood for the good of humanity,” Christ said while burning T-shirts depicting Donald Trump with a machine gun. “But this is not how I intended it to go. Did they even read the damn manual? I don’t know how they came up with all this superior race shit. Of course, the main goal is sharing the truth of God’s glory, but it doesn’t mean we should firebomb you for believing in Allah… he’s my father’s fishing buddy for my sake. I think of him as basically my uncle.”

Republican senator and human embarrassment Ted Cruz are skeptical of the son of God’s legitimacy and his timing with the latest predictions from Q.

“With all the lasers the Jews are sending down from space, there’s no way some liberal propaganda gamma rays didn’t end up scorching through heaven and brainwashing our savior,” Cruz said, before quickly stuffing documents into a paper shredder. “Q even said he was coming three days from now, so if you want to question that prediction, that’s fine by me. Jesus will not be merciful to those that doubt his overwhelming wrath and authority over sinners and degenerates… also the Jews, he hates them.”

When reached for comment, God recalled countless instances where this only son’s name and image had been used inappropriately.

“I’ve known Jesus my whole life, and let me tell you, he can’t stand it when people take his words out of context,” the almighty said while nibbling on a chocolate egg. “To see him have to go down here and do damage control on a near-daily basis is just sad. Just a few months ago we were having a great game of dice with Little Richard up here when Trump started to spout off what Jesus would do. Jesus started cussing so bad I had to wash his mouth out with soap. And on a Sunday, for fuck’s sake.”

At press time, the son of God was waiting at a laundromat for his robes to dry after being hit with a firehose for giving a speech to the RNC to support racial equality.