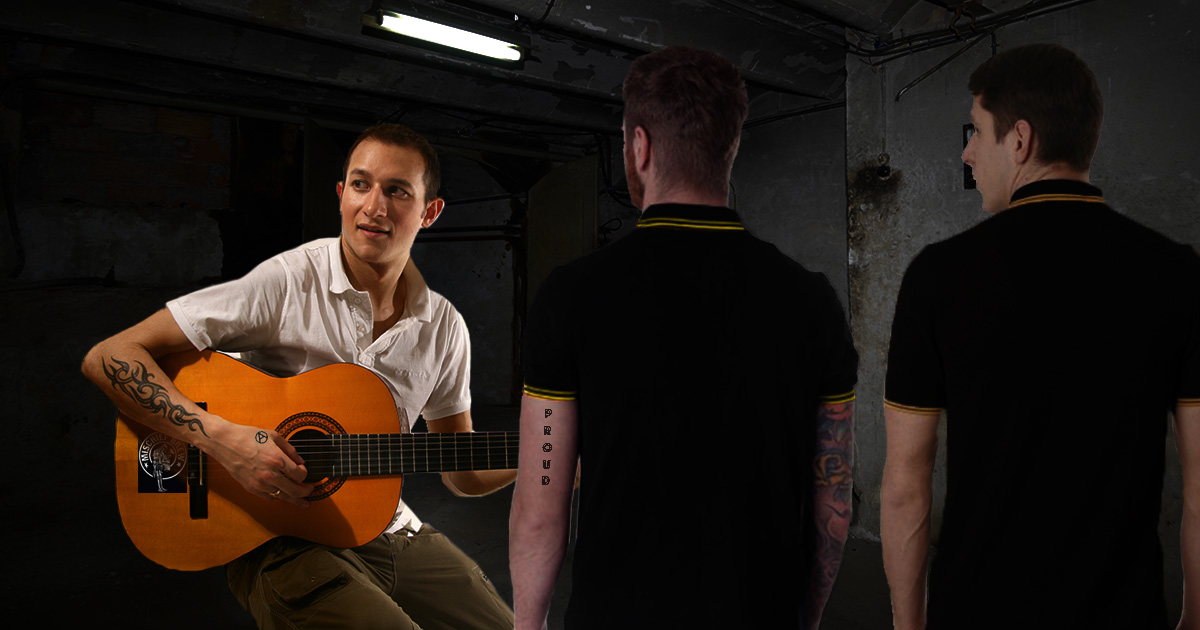 DAVIS, Calif. — Guitarist of Native Weeds, lifelong fan of Woody Guthrie, and avowed anti-fascist Benjamin Spelling showed his displeasure last night at the presence of two Proud Boys by refusing to look either of them in the eye, according to multiple witnesses.

“Native Weeds was setting up to play at our house,” said Ann Menendez, a resident and venue host, “and Ben’s always quoting Guthrie’s ‘This machine kills fascists’ thing and how Indiana Jones punched Nazis, so we should, too. So when those Proud Boys showed up, I thought we were in for a major confrontation.”

“But Ben quickly said he ‘forgot something in the van…’ and walked past, without even looking at them,” Menendez confirmed.

Spelling reportedly then came back inside and announced he’d found his XLR cable, before asking if “those Proud Boy chuds” were still in attendance — 20 minutes after house residents asked them to leave.

“Oh, he’s talked a lot about all the protests he’s been to, and calls himself a ‘pretty buff dude who can bench’ to fend off ‘fascist turds,’” said show-goer and trained observer with the National Lawyers Guild Alexa Lee. “But I’ve never seen him raise his voice at, or even look in the general direction of, any white supremacists or fascists, let alone harm or kill one. He does argue with his aunt on Facebook a lot, though, so that’s… something, I guess?”

When reached for comment, Spelling was quick to credit American folk singer and social justice advocate Woody Guthrie for inspiring his steadfast opposition.

“The fact that he took a strong stance on things… that matters to me,” said Spelling. “Taking a stand is more important than small details — like if Nazis can actually be stopped with violence, or even whether or not you’ve actually confronted a fascist. “

“I choose to fight by not giving fascists the satisfaction of my attention for even a second,” he added. “And if that means just totally ignoring them and looking the other way when they show up, then so be it.”

At press time, Spelling was writing “This Machine…” with a wood-burning pen on his acoustic guitar, but, allegedly wary of being called out, was struggling to find a more accurate verb than “kills.” “Disagrees with” and “Really dislikes” are the reported top contenders.