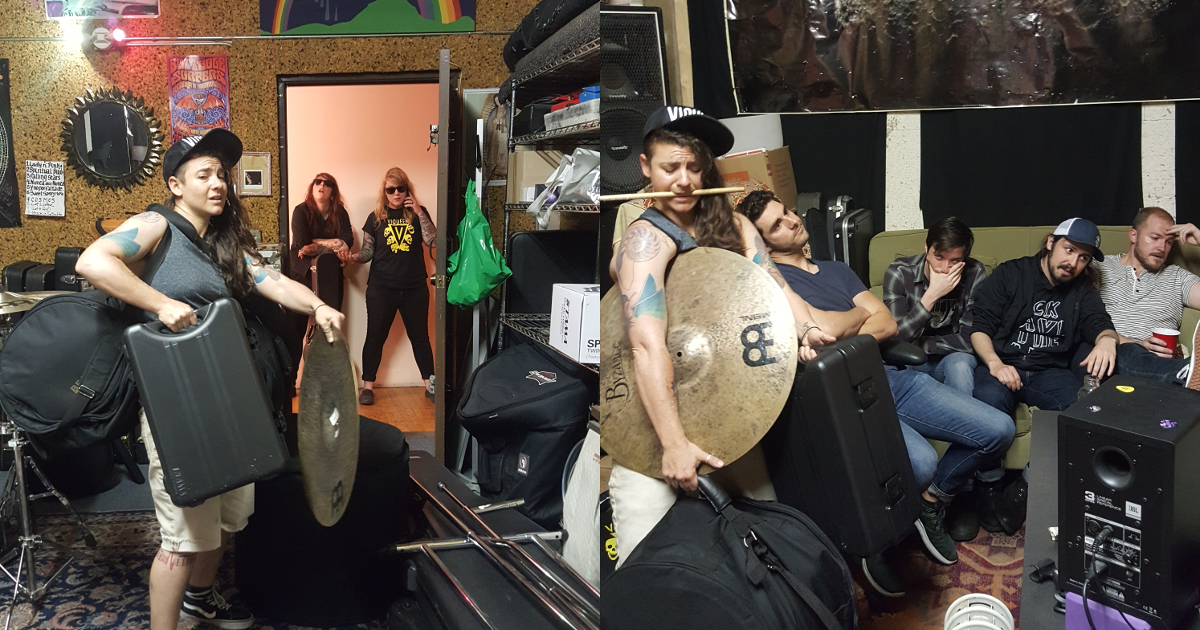 ALLSTON, Mass. — A record-breaking number of millennials are joining multiple bands at a time to try to cover their daily expenses with little to no success, according to a new survey by the Independent Music Research Association.

“With Burnt Skin — my first band — I basically lose money. So I thought back to high school math, and remembered that multiplying two negatives makes a positive… and that’s when I started drumming for Youth in Revolt,” said 23-year-old multi-band musician Christina Harrell. “But that only made me more broke and stressed out, so I joined three more bands to see if that would help. But now, I feel like I’m drowning.”

“Frankly, we were shocked by the findings,” said lead researcher Harley Garrett. “Only about 12 percent of musicians between the ages of 49-65 reported being in a side band. The average lifespan of a baby boomer band now lasts well over four decades, leaving little room for new musicians to book gigs at local bars.”

Indeed, millennial musicians are often forced to join bands in genres in which they are not suited.

“I’m in Corpse Scalper, a black metal band; I’m in Enjoy the Violence, a hardcore Depeche Mode tribute band; I also play theremin in the Pond Boys — they’re an easy-listening surf rock band — and then there’s my own synth solo project,” said 28-year-old guitarist Timmi Dennesen. “Since two of my other bands are on hiatus, I’m auditioning for an orchestral Christian bebop band this Thursday. I wish I wasn’t, but I really need it to survive.”

In one of its bleakest conclusions, the study found that, as a whole, millennial musicians have to play three times as hard to gain half the amount of exposure as the previous generation.

“If he was a millennial, Dave Grohl wouldn’t have quit Nirvana to play in the Foo Fighters,” said Tara Valhalla, drummer of viking metal band Friggin, and tambourinist in indie rock band The Hoots and Boots. “I wish it was as easy as it was in the ’90s. The sad truth is, drink tickets are the only thing keeping me alive right now.”