Report: 80 Percent of Vegan Leather Jackets End Up in Landfills, On Cool Seagulls 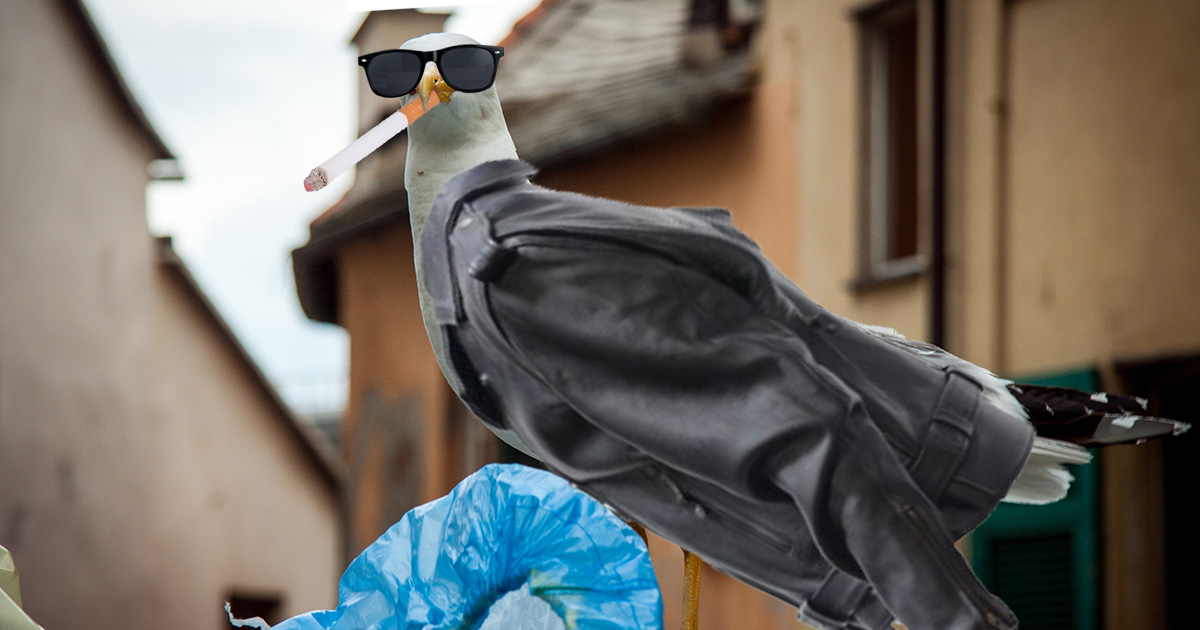 SAN FRANCISCO — An alarming report released today from the Environmental Defense Fund found that every year, up to 80 percent of vegan leather jackets wind up in landfills, causing an exponentially growing number of extremely cool seagulls.

“I want to be clear: it’s great that people are trying to adopt more ethical lifestyles,” said Dr. Elaine Szukalski, an ornithologist and researcher at UC-Berkeley. “But the problem here is unintended consequences. When you buy a leather jacket, ask yourself questions like, ‘Who’s going to wear this after me?’ and, ‘What if it’s a trash-eating bird whose confidence will reach dangerous levels after wearing it?’”

Researchers found the influx of edgy, bad-boy coastal birds stemmed from a dangerous combination of the increasing popularity of veganism, and the inability of polyurethane and polyvinyl chloride, common materials from which the jackets are made, to biodegrade.

“These faux-leather jackets end up in landfills, worn by a hip subculture of gulls and other coastal birds,” said Szukalski. “It’s harder for them to fly, but when they do, they look extremely rebellious — like they just don’t give a fuck at all. If we don’t find a solution soon, these tight-as-fuck seagulls may experience overcrowding, scene in-fighting, and battles over which brand of malt liquor to drink.”

Exacerbating the issue, inland scientists who worked on the report, led by Dr. Kyle Phan at UC-Davis, have also observed possums donning the cast-off plastic jackets — which inevitably leads them to giving stick-and-pokes and going through intense “Stop Making Sense” phases.

“There are plenty of reasons to worry,” said Dr. Phan. “The more these radical little guys wear discarded leather jackets, the worse their health and attitudes get. Last time we were in the field, two possums wearing broken pairs of Ray-Bans tried to bum a cigarette from me. I’ll be the first to admit that I felt pretty lame in comparison.”