Remember Italians From The Sopranos? Well It Turns Out They’re Real and I’m Obsessed 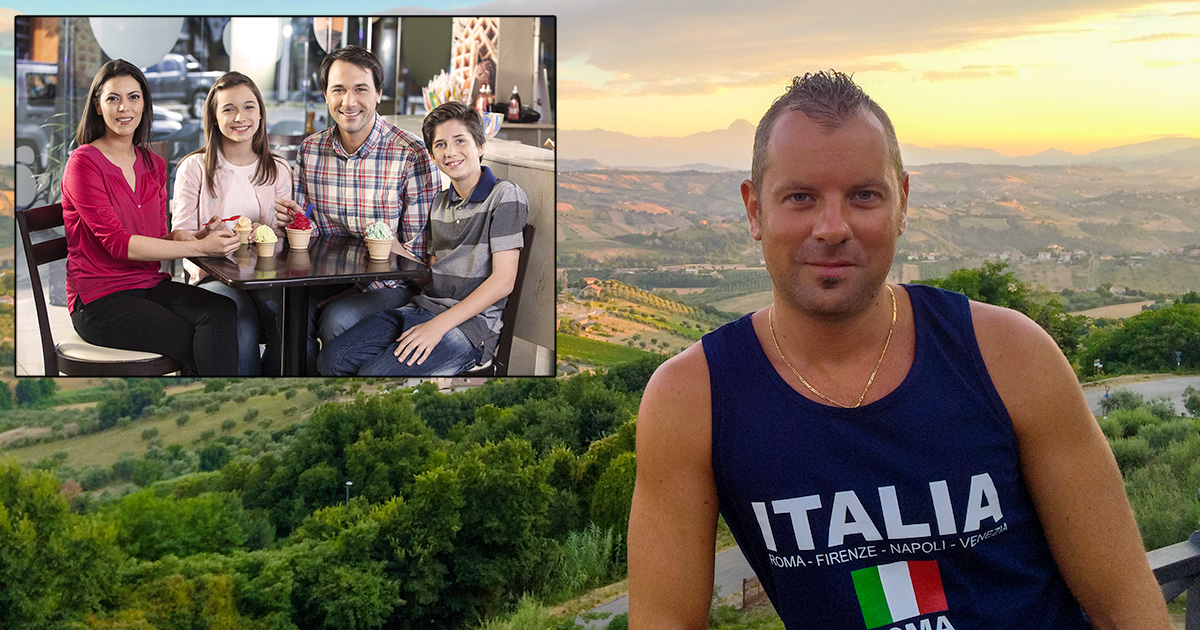 Like most Americans, I grew up watching “The Sopranos.” My whole family would gather around the TV to see what kind of mob related shenanigans Tony and the gang were getting into that week. I had always assumed that the show was fictional, so I was blown away this week when I learned that Italians are actually real, and I gotta say, I’m kind of obsessed with them.

First and foremost, there’s this country in Europe called Italy, and there are people that live there known as Italians. Mind blown, right? I had no idea. Apparently this country has existed for a really long time. We’re talking, like, hundreds of years. I heard it used to be called Rome, which is just a totally adorable name.

Then, I started to really go down the rabbit hole. In ancient times, there was this one Italian named Galileo who was totally in love with the stars and moons and junk. Which makes sense because he was an Aquarius. And he invented the telescope which is just the best. Learning about ol’ Galileo was particularly shocking as the TV show convinced me Italians were only capable of holding menial labor jobs like brick layer, strip club bouncer, and mob enforcer.

What’s really crazy is that some Italians left Italy, and moved to other places, but they’re still Italians even if they live somewhere else. Thus, how our New Jersey, noodle-loving ne’er-do-wells came to be. Heck, there could be Italians anywhere, even on your street! I just think that’s so brave, and I love them for it.

And despite devouring all six seasons of “The Sopranos,” I mistakenly thought there were only boy Italians. But it turns out there are also girl Italians, which like, yes! And even more shocking, not all Italians have severe panic attacks when they see ducks swimming in their inground pools. Go figure!

Another misconception in the Sopranos is that Italians can only eat gabagool. According to show lore, anything other than fresh gabagool, manahgut, or mutzadell from the old country could potentially kill their kind. But thankfully, this is untrue. Italians can eat people food too, which is just the cutest thing ever! But don’t feed them too much people food at once or they’ll get a tummy ache.

It really just goes to show that not everything you see on TV is Hollywood magic, some of it is real! I had always thought that Italians, like New Jersey, only existed in fantasy, but now I know that they’re real, and I’m so happy they are.