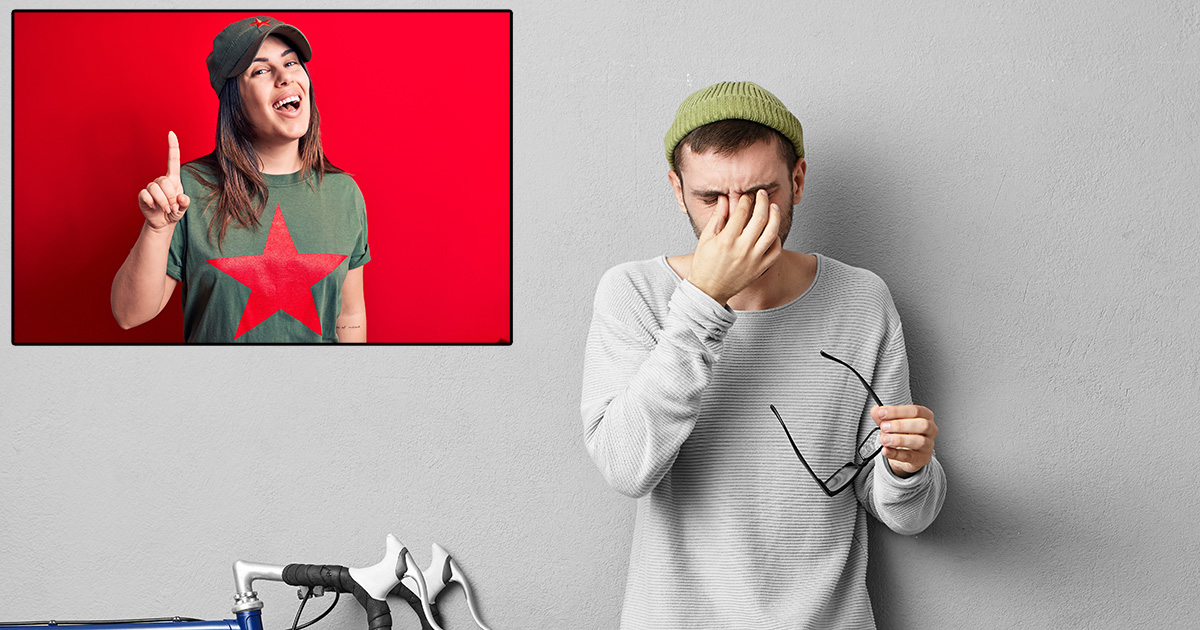 TOLEDO, Ohio — Local man Joseph Whitt described moments ago his relationship with hardcore tankie and politically communist girlfriend Stephanie Arlin as being “totally workable in theory,” confirmed sources who see the relationship as failing in practice.

“Hypothetically speaking, my relationship with Stephanie is going to bring me a joyful and fulfilling life,” said Whitt. “Sure, some people say she’s controlling, and it’s true I haven’t talked to some of my friends for a while, and she insists that all of our social media accounts be shared, but it’s all for my own good. What convinced me was reading all about why she’s the best partner possible in a handwritten manifesto she penned about our relationship.”

Arlin claimed her actions are necessary to defend their “revolutionary” form of love against detractors.

“The fact of the matter is, before I came around, Joseph was in a relationship with a woman who saddled him with emotional debt, refused to provide him healthcare, and controlled 99% of their spending. Exploitation much?” said Arlin dialectically. “If anything, I liberated him, and he should be happy! Now, sure, I may have bugged all of his electronic devices, banned him from gathering with any relationship dissidents, and made a pact with my friends to spy on him… but if I didn’t, he might start believing in crazy theories like monogamy.”

Relationship expert Bernice Flanders weighed in on what they view as a series of flaws to be addressed.

“Good relationships are based on the understanding that what they have is a partnership: two people vote on their decisions in a democratic fashion, which I view as the best way for them to socialize,” said Flanders. “While I agree with Stephanie’s critiques of Joseph’s previous girlfriends and applaud some of her changes, the loss of Joseph’s personal freedoms and Stephanie’s controlling behavior will likely lead to the collapse of their union.”

Arlin is currently building a wall through the middle of their apartment to “protect” Whitt from outsiders looking to corrupt their relationship.