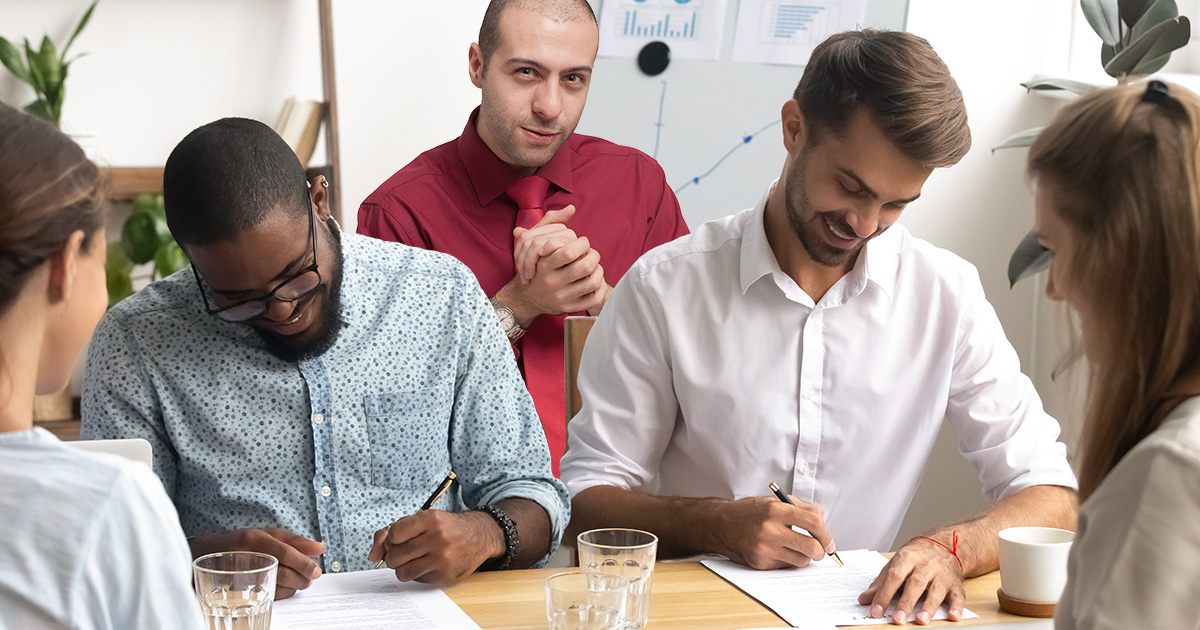 “You always hear people talk about how record company people are the devil, but Earl is the most down-to-earth guy I’ve ever met,” said frontman Jimmy Dot while signing away four years of intellectual property without thinking twice. “I’ll be first to admit I’m a bit inexperienced, but that’s why we need him! After his retainer fee, we still have some money leftover in the band fund to finance our album! He said we can see hundreds of new monthly listeners on Spotify in the next six months to three years. Sure, he was laughing a lot, and rubbing his hands together, but we know he was just excited. Things are looking up, and we’re glad to have a label behind us!”

“Most bands are so desperate to say they’re signed that they don’t care who signs them, and this contract is proof,” said Scaggs as he choked back laughter. “They hear ‘global distribution,’ and they don’t even consider that I’m just using a $20 a year Distrokid membership while robbing them blind! Sure, I may have slipped and called them total fucking morons to their faces a few times, but you’d be surprised how badly these kids want to slip phrases like ‘my label’ into a conversation.”

“Scaggs is basically Sallie Mae in human form,” scoffed Parsons. On one hand, he’s got the $3,000 ‘startup fee,’ and on the other hand, he’s operating entirely out of his car. He doesn’t even have a fucking webpage! The ‘70/30’ deal he has with them is amazing. Sure, the band is getting the higher percentage, but that’s where all the expenses are coming out of. To so blatantly take advantage of a group of teenagers is completely unethical and wrong, and I want to know how I can get in on the bottom floor.”