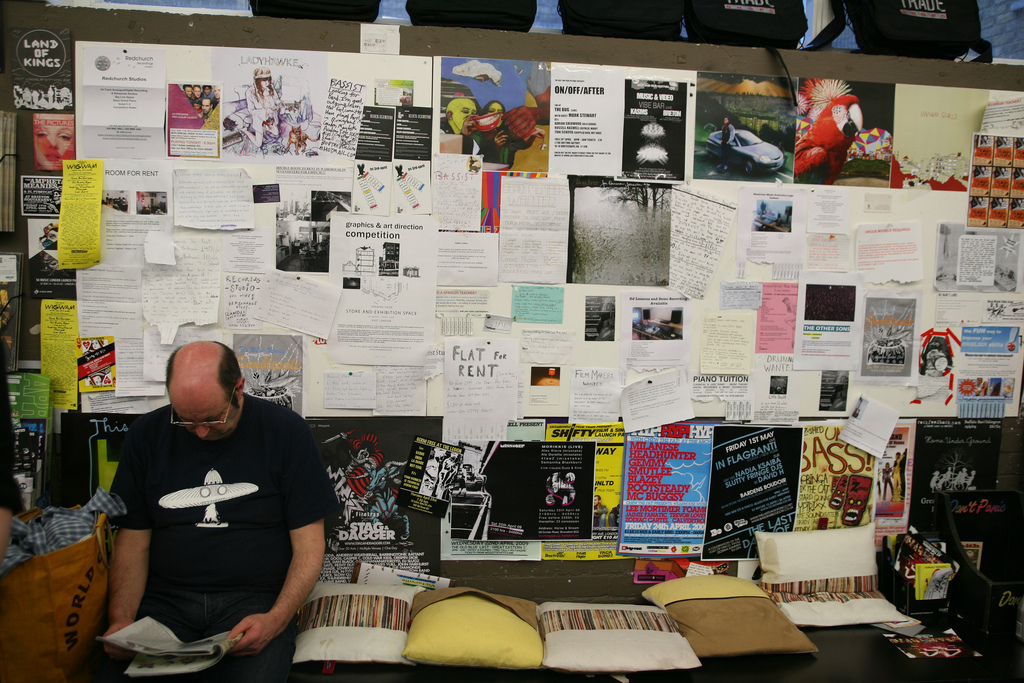 NEWARK – Throughout Doug Harrison’s adult life, he’s been in search of a very good girlfriend. He’s scoured antique stores, flea markets, and thrift shops, but always comes up empty handed. Despite his poor condition, having both terrible hygiene and an impossibly warped perspective on life, he managed to score a VG++ girlfriend at the WFMU record fair held last May in New York City.

“I’ve been looking for almost all my adult life and almost got one at a garage sale, but this guy with perfect teeth and an expansive knowledge about obscure German psych LP’s swooped in before I could even say hello,” Harrison recounted sadly.

Harrison even tried online dating, but this proved to be difficult. “This one woman listed vinyl as one of her interests, so I showed up for our date with a box of rare funk 45s. She answers the door in a shiny Catwoman suit. I had to run out of there before she scratched any of my records,” Harrison said about his ill-fated dating experience.

Harrison fondly remembers that day at the record fair when he first met his VG++ girlfriend, Diana Alston. “Our eyes met while we were both grabbing for the same copy of Linda Perhacs’ Parallelograms in the dollar bin,” Harrison said, adding proudly, “I got both the record and her number.”

Related: 50,000 LPs Stacked in Garage Not Nearly as Warped as Record Collector’s Mind

“It’s been an upgrade, I mean my last girlfriend had gaudy writing of her name tattooed above her chest, and a single hole punched into her ear where there had been a plug. She was good, G+ at best” Harrison said. “Diana, on the other hand, shows some signs of wear from rough handling while fucking shit up in the pit, but her inner and outward beauty more than make up for it. I swear on her best days, she is near mint to me. ”