Quentin Tarantino Getting Sick of Filming His Own Feet 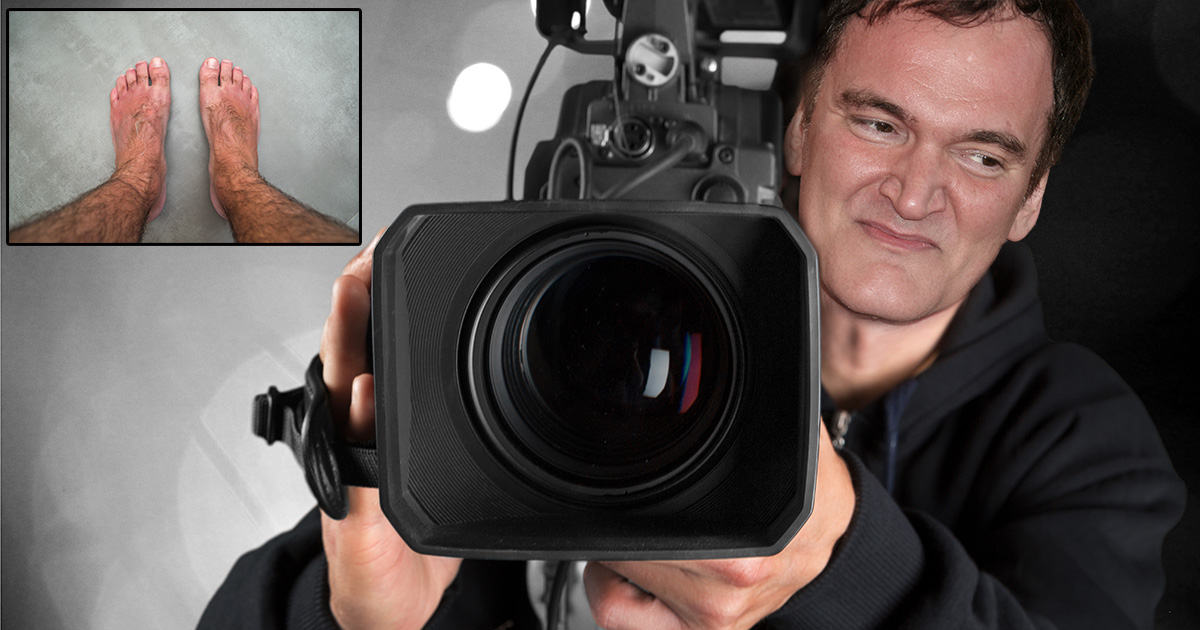 HOLLYWOOD, Calif. — Celebrated filmmaker Quentin Tarantino is not handling social isolation well and is allegedly getting very sick of having to film his own feet during the coronavirus lockdown.

“He was calling or starting Zoom meetings with me nine or 10 times a day, talking really fast about how to best light his feet in the living room or showing off the mini black suits and ties he sewed for his feet to wear,” said friend and collaborator Robert Rodriguez. “After a week or so he stopped, and I’m very relieved. I’m having my own quarantine issues — there’s only so many Mexican standoffs I can have with my wife and kids before there’s no one left to hold the camera.”

Tarantino vented his frustrations in a review of Takashi Miike’s film “Audition” for the New Beverly Cinema website.

“Even with my encyclopedic film knowledge and boundless imagination, at the end of the day it’s the same two feet, the same 10 toes. And no amount of greasy ’70s funk or popping blood squibs is going to change that, alright?” he wrote, before pondering if these could be his last days as a director. “Maybe I’ve lost my passion. Yesterday, I carved a bunch of swastikas in my feet and felt nothing. You know, besides excruciating pain. Anyway, Takashi Miike is a guy you’d let murder your own mother, okay?”

Word of Tarantino’s pedi desperation has made the rounds in Hollywood, with several young actresses parading around his property with hopes of landing a role in his next film.

“I come by three or four times a day in stylish peekaboo pumps or my sliders, and sometimes I’ll walk on my hands so I can be sure he sees my feet over his fence. I’m not the only actress, either. Imogen Poots shows up quite often,” said actress Sophie Turner while standing in Tarantino’s driveway in direct view of his Ring doorbell. “Oh, look who’s coming now: Maya Hawke, and she’s wearing fucking Birkenstocks. Assuming her feet look anything like her mother’s, she’s pretty much a shoo-in. Fuck her.”