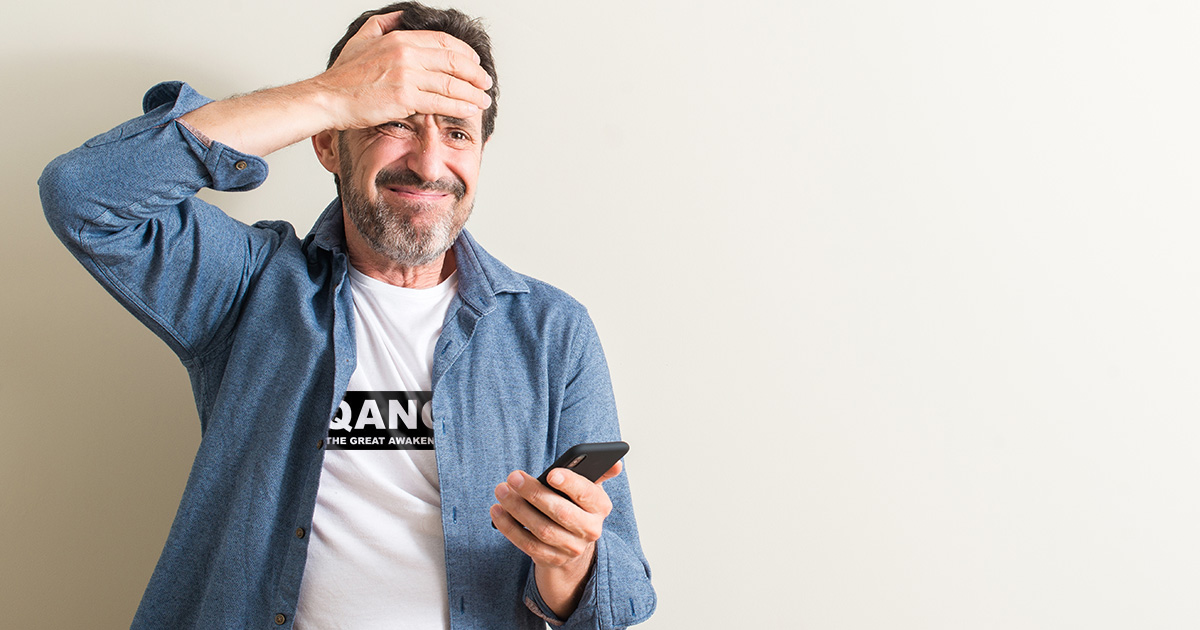 TALLAHASSEE, Fla. — Local QAnon follower and noted conspiracy theorist Nick Perriman complained to friends today that President Trump is wasting too much time on Twitter when he should be busy hunting “the Satan-worshipping, democratic pedophiles infecting our government.”

“All this incessant tweeting is distracting him from doing the job we elected him to do — root out the deep state liberal occultists who are kidnapping our children and selling them as sex slaves to the mega rich pro-vax pervert socialists,” said Perriman, a divorced father of three. “The President needs to grow up and act responsibly. Otherwise, how am I supposed to trust that the Illuminati hasn’t already replaced my kids with lab-grown replicants?”

Even some of the President’s most vocal supporters in the media have echoed similar concerns about his social media habits.

“There’s too much work to be done for him to spend all day tweeting and golfing,” said far-right radio host Alex Jones. “Xi Jinping isn’t doing that, and neither are the interdimensional space demons trying to turn our oceans transgender. We need action, and we need it now. Joe Biden and the lizard people are set to steal this election, and if they do, you bet your ass they’ll take your guns and your children, and then shave your dog.”

The Trump campaign released a statement reassuring voters that the President remains laser-focused on purging the government of all the evildoers they’ve read about in online forums.

“President Trump’s tireless efforts have helped him uncover mountains of evidence directly implicating the Democratic party in every sort of weird, fantastical crime you can imagine, from the Clinton Foundation spending billions to bring Jeffrey Epstein back from the dead, to Obama sheltering Bin Laden in his childhood home in Kenya,” wrote White House Press Secretary Kayleigh McEnany. “However, the President feels this evidence is too shocking to reveal to the public until after the election. Until then, he will continue to use Twitter to comfort a divided nation.”

At press time, the President claimed he was late for a rally because he just broke up a Marxist dog fighting ring in the basement of a Mexican restaurant where Democratic politicians dine on baby livers and sacrifice puppies to the ghost of Ruth Bader Ginsburg.