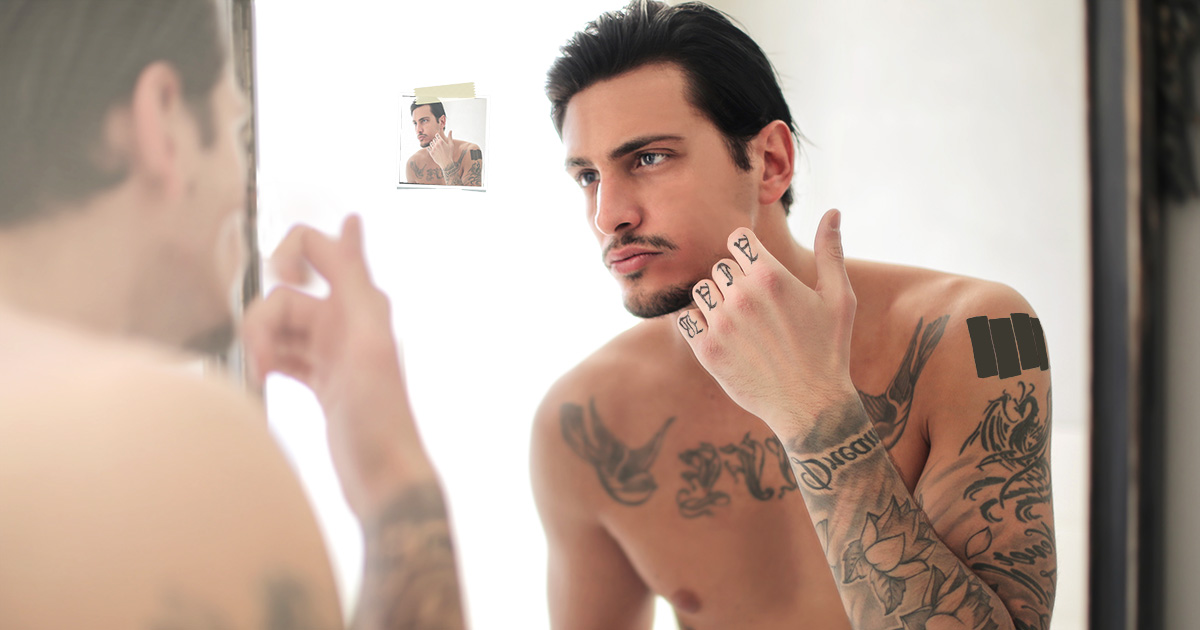 “We were throwing a party to celebrate my progress since the accident,” Spence said of the traumatic head injury he incurred after attempting to film an Instagram video of himself playing guitar on a motorcycle. “But I answered the door, and there’s these two cops… and it was, like, just this blank spot in my head. I knew I had strong feelings about police officers, but I couldn’t remember what they were.”

“That’s when I looked at my hands. A-C-A-B. All. Cops. Are. Bastards,” added the heavily tattooed 31-year-old punk. “A handy mnemonic device right across my fist. And I told those fucking pigs to piss off, right before they kicked the shit out of me.”

Doctors expect a slow but full recovery of Spence’s short and long-term memory function. For now, Spence is relying on his various tattoos to help him recover parts of his past.

“These tattoos have just been a major help — even outside of the cop thing,” Spence explained. “For instance, I know from this one that says ‘Straight Edge’ that I’m straight edge… or, at least, I used to be straight edge. And this one here means I love my mom. I thought these four black rectangles were about me loving solitaire, but it turns out it means something called ‘Black Flag.’ So I guess I like those, too.”

Those closest to Spence say his newfound love for learning from his own body art is a mixed bag.

“The tattoo thing is getting out of hand,” said friend Rudy Ortiz. “He has one of a cobra, and so now he thinks he owns a snake. I hope to God that’s not true — I’ve been staying at his place these last two weeks, and I haven’t seen one yet.”

Until his brain fully heals, however, Spence still has more of himself to uncover.

“I’m still worried I’ll rediscover a part of myself I don’t like from one of these tattoos,” the recovering punk stated. “Yesterday, I found the Chinese letters for ‘strength’ on my ankle. I hope to God there’s a good story there and I’m not just basic as hell.”