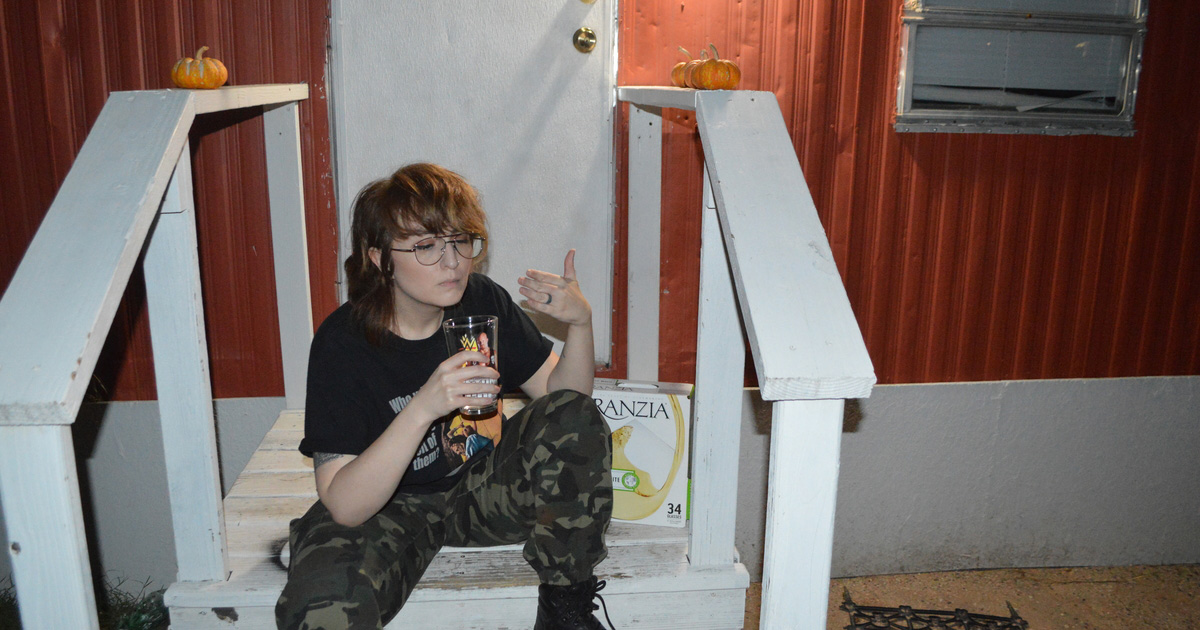 BISBEE, Ariz. — Self-proclaimed punk sommelier and admitted problem-drinker Tegan Nixon strongly recommended that wine drinkers avoid Franzia made after 2015, “unless they wanna look like some total trash noob,” according to irritated sources.

“I’ve been drinking wine since I was like, a baby, so I do consider myself an expert,” explained Nixon. “My affection for pre-2015 boxes of Franzia started when my buddy dared me to chug this super-old stash we found in the basement at some party — something about the dust lining the box really accentuated the earthy aromas. I was told that’s because there was a shitload of fruit flies in the bag, but I think they don’t understand the nuances of aromas.”

Nixon’s most recent tirade came during a show last week held by her and her six roommates in a last-ditch effort to pay the month’s rent. Several of her roommates reported Nixon wandered away from her posted position at the door to accost people.

“This loaded chick came up to me and started screaming something about the Boones Farm I was drinking,” said show attendee Chuckie Waters. “I figured she was militantly straight edge, but she went on some snobby-ass tangent about the Blue Hawaiian having a lousy finish to it. I don’t know — someone handed me the fucking thing, so I slammed it. Plus, I think these things are like, $2. Calm down, lady.”

Indeed, though her efforts are not always appreciated by her peers, Nixon is driven to spread her knowledge.

“No self-respecting DIY wine connoisseur would be caught drinking anything that comes out of a cardboard box later than a ’15,” said Nixon. “I try to help my friends by keeping a fully-stocked kitchen counter: my roommates eat a lot of savory dishes like Cup O’ Noodles, for instance, which pairs best with a crisp white — preferably from 2012. Sure, some people get weird when I smack shitty drinks out of their hands, but I feel great about helping them learn something.”

At press time, Nixon was scolding a roommate of hers for smoking marijuana out of a domestic beer can.