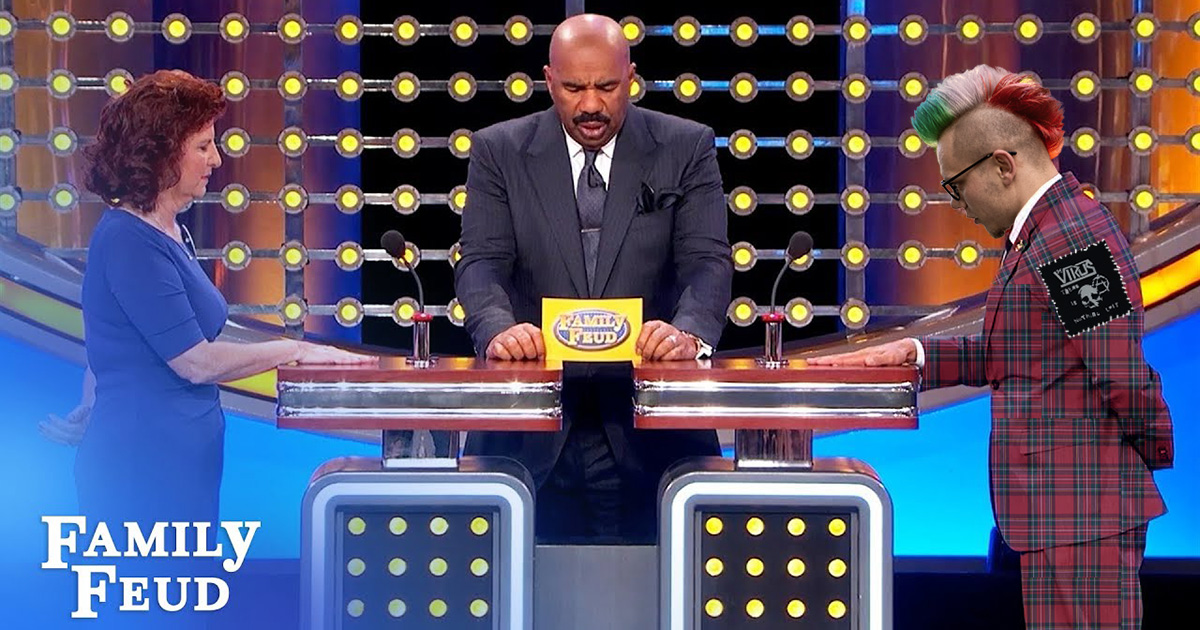 “Man, when I saw this character come out, I knew he was going to be trouble,” remarked host Steve Harvey. “I’ve been hosting this show for 10 years and this is the first time I’ve ever heard a family yell, ‘Bad answer’ — I asked him to name a place people go on a first date and he said, ‘Dumpster diving behind the Red Lobster’ with a straight face. At one point I thought his father was going to smack him upside his head. I was close to doing it myself.”

Observers note Howard’s antics included passing against his family’s wishes, instead of playing, after getting a number-one answer, and shotgunning an Old Style during the “Fast Money” round.

“Before we did this, I took Greg aside and told him that this meant a lot to his Mom and Grandmother and to please take this seriously,” noted family patriarch Phillip Howard. “He wasn’t our first choice, but we needed a fifth and the producers were adamant that we include him. When he showed up wearing a suit, I breathed a sigh of relief… but then he took the jacket off and I saw that he cut the sleeves off his shirt. I wanted to give him the benefit of the doubt, but after he pulled a switchblade on Steve, I knew I should have searched him.”

The punk, who was taken aside by production staff after calling the opposing family “triflin’ bitches,” was nonchalant over the entire incident, stating that his family should have been appreciative of his antics.

“Dad was losing his shit after filming and I was like, who fucking cares? We still won and at least people will remember us,” said the high school dropout. “It’s like, Dad, you’ve known me my whole life, and you think I’m going to pass up an opportunity to fuck shit up on TV? Do you honestly think I give a fuck about this Hollywood corporate bullshit? Okay, maybe a little, but if I’m going to have to be a sellout dickhead, at least let me have fun with it.”

The Howard’s Family Feud episode is slated to air Wednesday and is rated TV-MA for language, violence, and drug content.