Punk Flies Mohawk at Half-Mast in Honor of Indigenous Peoples 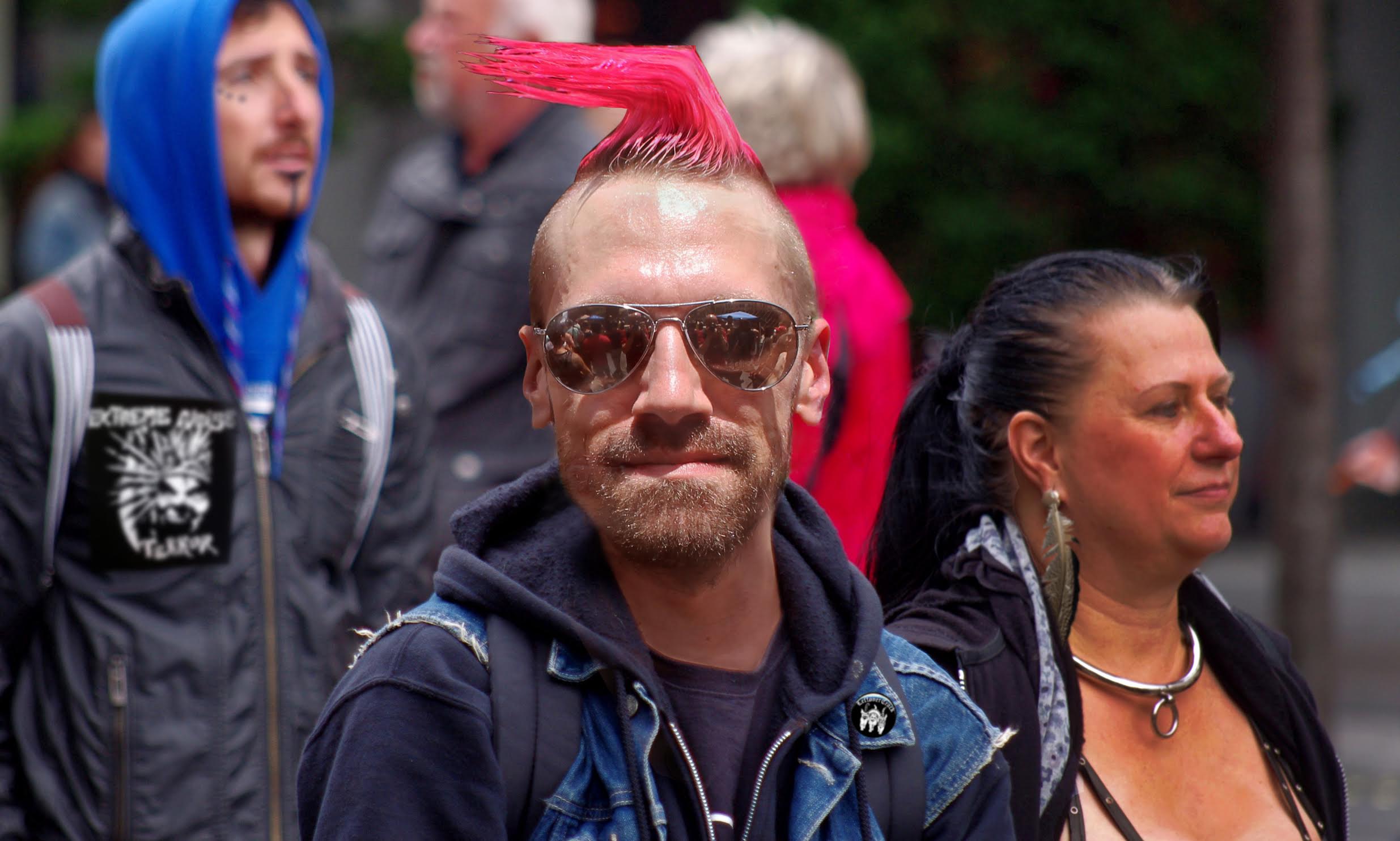 SAGINAW, Mich. – Columbus Day has once again bred controversy throughout the United States, with citizens of all stripes taking to the internet to voice their displeasure about a holiday that celebrates a man who may not be the hero our middle school textbooks made him out to be.

One local punk is doing all he can to take that message to new heights,  carefully styling his mohawk hair style at half mast to acknowledge and celebrate the millions of indigenous people who were already living here when Christopher Columbus arrived.

“Honoring Columbus is complete bullshit,” says Justin Mayborough, 20, who’s hair rests at a sharp 90-degree angle. “Columbus was a murderer, rapist, and slave owner and people need to realize once and for all the man did not invent spaghetti.”

Mayborough added, “We should still get a day off from school though, let’s not take that away.”

Mayborough admitted it wasn’t until he read read Howard Zinn’s “A People’s History of the United States,” that he realized he had been wrong about Columbus’ deeds.

“Like most Americans I thought Columbus discovered Plymouth Rock and invented Thanksgiving. But really his life was more about broken treaties, smallpox blankets, and inventing the term ‘sitting Indian-style.’ Americans have shown no respect for the people who first settled this land. It’s time we did something meaningful.”

The gesture has not gone unnoticed by those close to Justin.

“What he is doing is very brave,” said Tania Mayborough, his mother. “Going out in public looking like that must be scary.”

“He looks like an idiot,” said Craig Cappelini, Justin’s stepfather. “This kid will do anything to piss me off; Chris Columbus was a great Italian.”

In addition to honoring Native American cultures, Mayborough is quite protective of his local punk scene, in large part due to parallels he draws between the conquered, neglected Nations and his own kind.

“You’ve got places like Hot Topic selling Exploited shirts to anyone who wants them. They don’t even know what The Exploited means to actual punks like me!” said Mayborough while trying to take the perfect photograph of his hair for Snapchat. “Those dudes INVENTED mohawks. It’s complete appropriation.”