Punk on “Wheel of Fortune” Trying to Solve Everything With Just C, G, and D 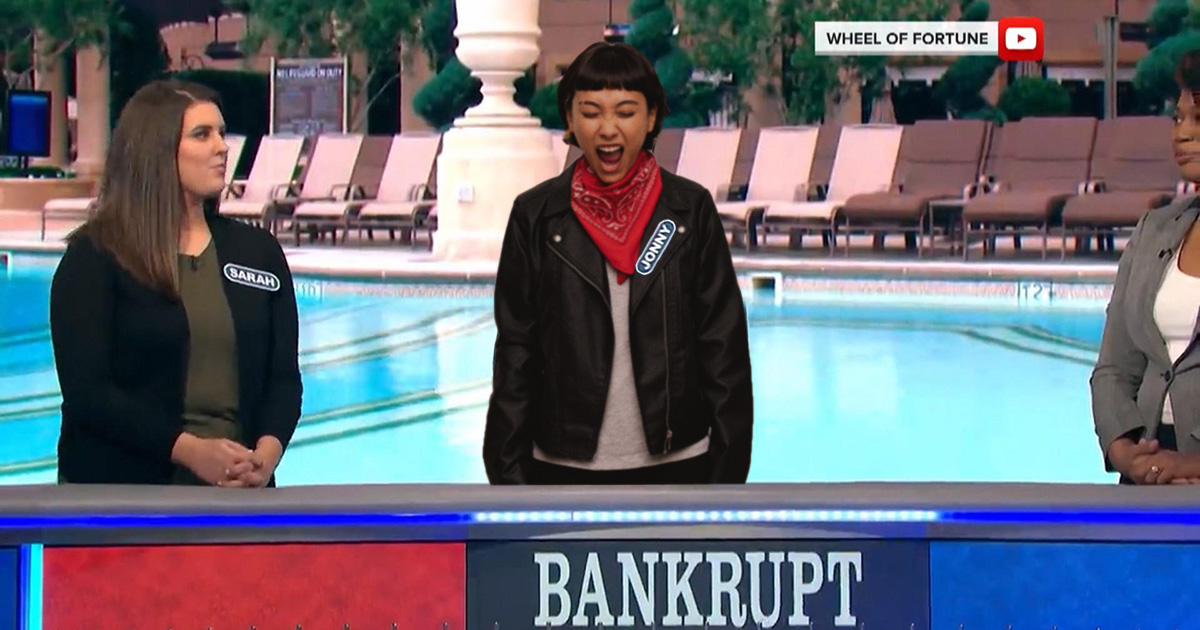 “Marcia from Minnesota over here is acting like ‘A’ and ‘F’ are necessary for filling in a five word phrase,” Horowitz claimed. “You can solve these puzzles perfectly well with just three letters — they still sound the same, and it’s way easier to remember when you play the game that way. Everyone is focused on Vanna, anyway.”

“Plus, I’m pretty sure I can win a car just by spinning the wheel, which is mainly why I’m here,” she added. “I started playing guitar like, six months ago, so I’m ready to tour.”

While fellow contestants and showrunners offered pity and advice, they were shut down by Horowitz’s disproportionate ego and generally terrible attitude.

“In all my years of hosting, I’ve never seen someone limit themselves to just three letters. I was begging her to buy a vowel — one of the other contestants even offered to give her their ‘A’, but she said that she ‘didn’t come here to be flashy,’” said longtime host Pat Sajak. “Somehow she actually got ‘Golden Egg,’ but that’s like, 30% G’s.”

“I commend this player. Of any three letters she could’ve picked, those are by far the best. They get the job done,” the Ramones-shirt clad man stated. “Every great ‘Wheel’ player of the last 50 years started out on those letters — hell, all the best words can be spelled with those letters! Some ‘Wheelies’ may go on to use ‘real’ letters or whatever, but it all reads the same, so I don’t see what the fucking problem is.”

Before the bonus round, Horowitz was seen smashing a cardboard cutout of the refrigerator she didn’t win in Round 2.