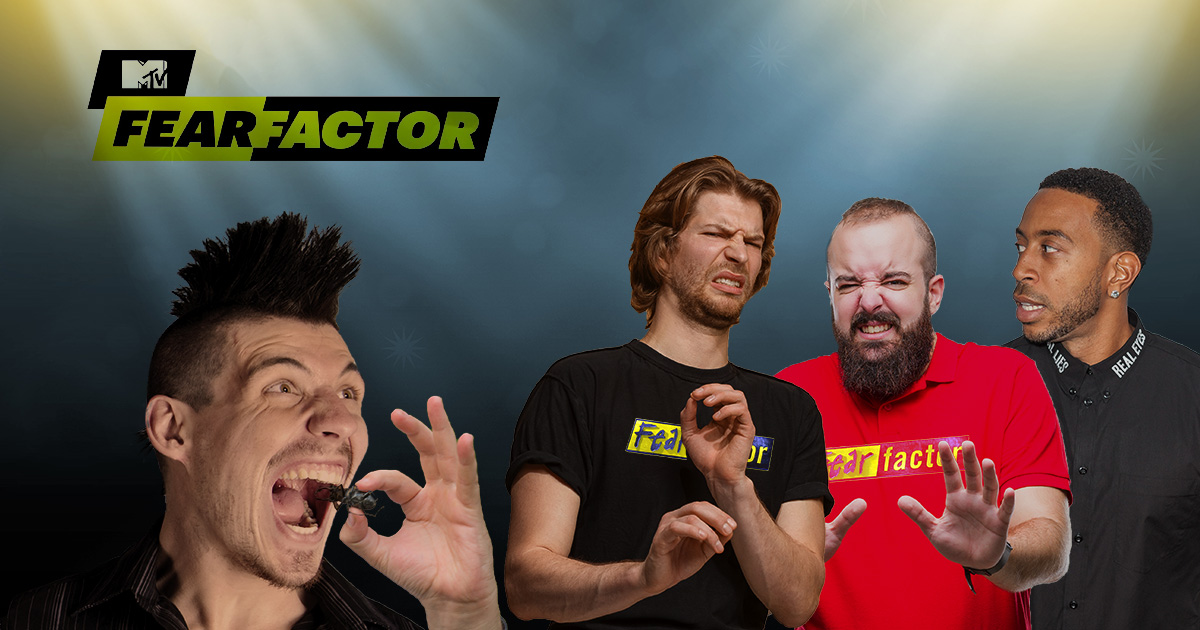 “We had to eat our way out of a kiddie pool filled with bugs — everything was going fine. He was the last person to go,” said fellow contestant Casey Schreiber. “When Ludacris called time and [Edgarton] didn’t stop, I thought he just didn’t hear Ludacris… but then [Edgarton] asked me if I was going to finish my remaining Iraqi camel spiders, and yelled something about GG Allin. I don’t know.”

“Oh, yeah! I crushed those fuckin’ bugs, man,” he said after. “Did you hear I ate a leech? I brought my own, but still… that’s pretty badass.”

Ludacris, who began hosting “Fear Factor” in 2017, was particularly perturbed.

“Joe Rogan never had to put up with any of this shit,” he said. “They were supposed to be doing a car stunt, and homeboy was still chomping down on those nasty-ass spiders. Talking ‘bout, ‘Can I get a Natty to wash this down.’ He knows we don’t have that shit at craft services.”

The unfavorable reactions only seemed to make Edgarton more proud of his actions.

“The EMTs told me what I did was ‘unprecedented,’” Edgarton said. “Fuck yeah it is! I was so pumped when I found the case for next week’s episode — there’s a shitload more bugs in there, and that’s not even counting the ones I found on the ground.”

Ultimately, production was shut down when Edgarton’s fellow band members from punk band, Chuck Fuck and The Fucks, arrived on set.

“I’ve never seen anyone so happy to be in a dank, concrete warehouse,” claimed fellow contestant Schreiber. “They just kept high-fiving.”

At press time, Edgarton and his fellow bandmates refused to leave the warehouse, declaring they had squatter’s rights.